Hollywood's A-listers will strut down the red carpet for the first time this awards season at the Beverly Hilton. Catch all the live updates of Golden Globes 2019 from the red carpet, the winners, behind-the-scene moments and more.

And the big one — Golden Globe for Best motion picture - drama — goes to...

Rami Malek wins Best performance by an actor in a motion picture - drama for Bohemian Rhapsody.

Perhaps the night's biggest upset as Glenn Close beats Lady Gaga to win Best performance by an actress in a motion picture - drama.

Glenn Close (The Wife)
Lady Gaga (A Star is Born)
Melissa McCarthy (Can You Ever Forgive Me?)
Nicole Kidman (Destroyer)
Rosamund Pike (A Private War)

And the  Golden Globe for Best motion picture - musical or comedy goes to...

And the Golden Globe for best actress in a motion picture - musical or comedy - goes to...

The win makes it a Golden Globe-Emmy sweep for the FX series on the shooting of the Italian fashion designer. Its predecessor The People v. O.J. Simpson: American Crime Story won the same award in 2015.

The Kominsky Method is the winner of the best TV comedy series Golden Globe Award.

The Golden Globe comes for the first season of the Netflix show starring Michael Douglas as an almost-famous graying actor-turned-acting coach. It was a departure for creator Chuck Lorre, who has been called the "King of Sitcoms" for creating shows including Two and a Half Men and Big Bang Theory.

Lorre started out his speech saying things like this don't normally happen to him. He thanked Douglas and Alan Arkin, who plays the best friend of Douglas' character in the show.

Mrs Maisel is at it again!

The Golden Globe for Best performance by an actress in a television series - musical or comedy goes to...

And the Golden Globe for Best director goes to...

Cuaron also won a Golden Globe as best director for Gravity in 2014.

The Golden Globe for Best performance by an actor in a limited series or a motion picture made for television goes to...

And the Golden Globe for Best foreign language film goes to...

The other nominees were:

Best performance by an actress in a supporting role in a series, limited series or motion picture made for television

The Golden Globe for Best performance by an actor in a supporting role in any motion picture goes to...

The Golden Globe for Best performance by an actress in a television series (drama) goes to...

It's the first Golden Globe for King in three nominations. She was also nominated for the TV series American Crime in 2016, and was nominated this year for the series Seven Seconds.

King gave a heartfelt speech accepting the award, including calling out Amy Adams and thanking her for her prayers.

And the Golden Globe for Best original song goes to...

And the Golden Globe for Best original score - motion picture goes to...

Carol Burnett says she is "gobsmacked" to receive the award.

Burnett wondered on Sunday if her name being on the trophy means she gets to accept it every year.

She says her childhood dreams came true when she got to make her long-running TV variety show that "half a century later still connects with people."

She closed with a line from her show's theme song: "I'm so glad we had this time together."

Next up is Best performance by an actor in a supporting role in a series, limited series or motion picture made for television

The first Golden Globe comes for the sixth and final season of The Americans, the FX series about a pair of Russian spies hiding out as husband-and-wife travel agents in the U.S. in the 1980s.

Richard Madden has won the Golden Globe for best TV drama actor for his role in Bodyguard.

It's the first Golden Globe and first nomination for Madden, the Scottish actor best known for playing Robb Stark on Game of Thrones. In the BBC and Netflix thriller Bodyguard he plays a British veteran assigned to guard a government official.

Spider-Man: Into the Spider-Verse is the winner of the best animated film Golden Globe Award.

The film that features alternate spider heroes from different dimensions features the voices of Shameik Moore, Hailee Steinfeld and Mahershala Ali. It's the first animation Golden Globe for Sony Pictures.

Producer Phil Lord accepted the award and says it felt like an "alternate universe" like those in the movie.

Michael Douglas has won the Golden Globe for best TV comedy actor for his role in The Kominsky Method.

Douglas received the first award of the night from Bradley Cooper and Lady Gaga.

It's the third Golden Globe Award in nine nominations for the 74-year-old Douglas. He previously won in 2014 for playing Liberace in Behind the Candelabra and in 1988 for playing Gordon Gekko in Wall Street. He also has received the Cecil B. DeMille Award from the Golden Globes in 2004.

Douglas thanked Chuck Lorre, who created the Netflix series focusing on his character, an aging acting coach and his close friendship with his agent, played by Alan Arkin. He also raised his award and gave a shout-out to his 102-year-old father, Kirk Douglas.

We hope you enjoyed our coverage of the Golden Globes.

Until next time, it's goodbye!

So, there you have it!

On the TV side, for its sixth and final season, FX's The Americans took best drama series. The Kominsky Method won best comedy series over favoured nominees like The Marvelous Mrs. Maisel.

The 20th Century Fox biopic, that charts the rise of Freddie Mercury and Queen, stars Rami Malek as Mercury and was directed by Bryan Singer.

Moments earlier, star Malek won best actor in a film drama for his portrayal of Mercury.

The film had a troubled production and was met with mediocre reviews, with the exception of high praise for Malek's performance.

And the big one — Golden Globe for Best motion picture - drama — goes to... 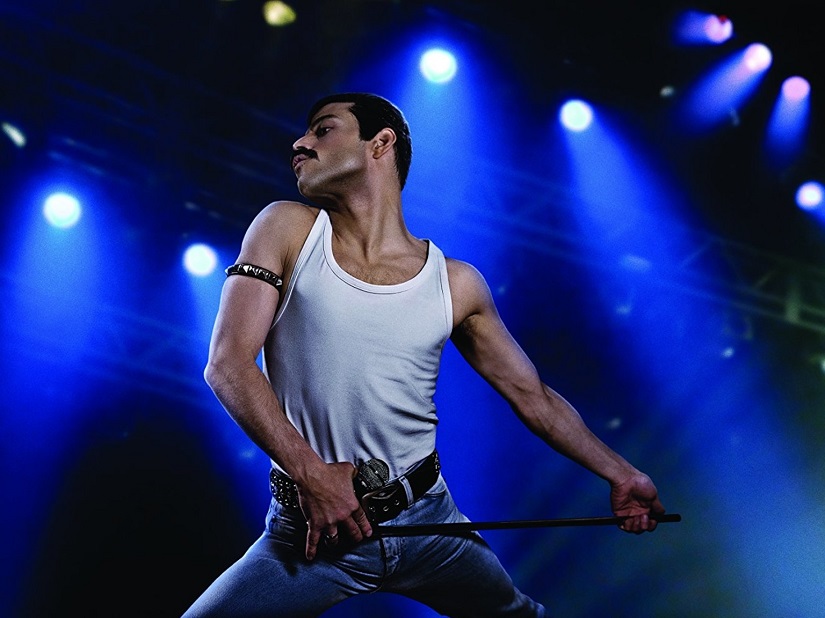 It is Malek's first Golden Globe win. He was twice nominated for his role on the television drama Mr. Robot.

Malek thanked Queen members Brian May and Roger Taylor, as well as Mercury for providing the role of a lifetime.

Rami Malek wins Best performance by an actor in a motion picture - drama for Bohemian Rhapsody. 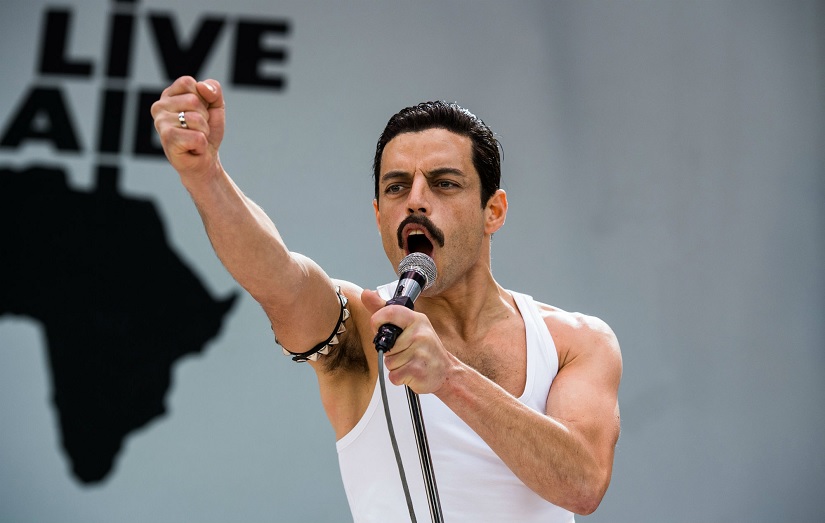 It's the third Golden Globe for Close. The last came in 2008 for best actress in a TV series for Damages. Despite six nominations, she has never won an Academy Award.

Close appeared stunned when her name was called by presenter Gary Oldman. She cried during her acceptance speech, thanking her "category sisters" including Lady Gaga and Nicole Kidman.

She brought the crowd to their feet with a passionate defense of women pursuing their dreams, noting it took 14 years for "The Wife" to get made. She said women absolutely "have to find personal fulfillment."

Perhaps the night's biggest upset as Glenn Close beats Lady Gaga to win Best performance by an actress in a motion picture - drama.

Glenn Close (The Wife)
Lady Gaga (A Star is Born)
Melissa McCarthy (Can You Ever Forgive Me?)
Nicole Kidman (Destroyer)
Rosamund Pike (A Private War) 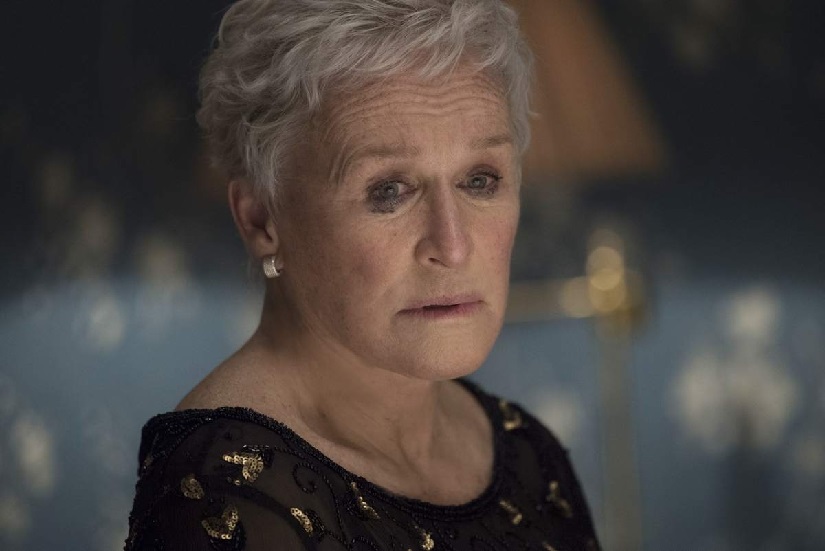 Green Book stars Mahershala Ali as an African-American concert pianist in the 1960s and Viggo Mortensen as his driver. It was nominated for five Golden Globes, and won the best supporting actor honor for Mahershala Ali.

Director Peter Farrelly said "this is beyond anything we ever imagined when we started shooting this thing."

Farrelly fended off a musical push from show producers to wind down his speech to pay tribute to Don Shirley, who Ali portrays in the film. Farrelly said, "This story, when I heard it, gave me hope, and I wanted to share that hope with you. We're still living in divided times, perhaps more than ever."

And the  Golden Globe for Best motion picture - musical or comedy goes to... 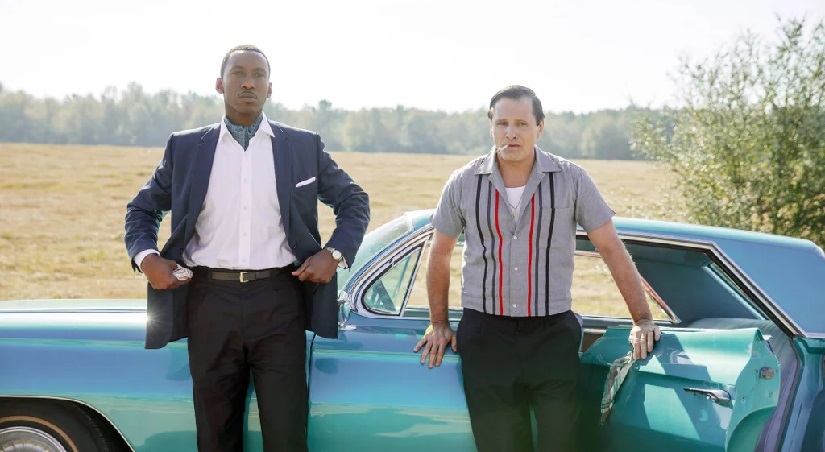 The night's first win went to Michael Douglas for the Netflix series The Kominsky Method. He dedicated the honor to his 102-year-old father. The second award went to the acclaimed Spider-Man: Into the Spider-Verse for best animated film.

Green Book, Peter Farrelly's interracial road trip through the early '60s Deep South, won for its screenplay, giving a boost to a film that has been much criticised for relying on racial tropes.

Christian Bale took the stage for winning best actor in a musical or comedy for his lead performance in Adam McKay's Vice.

Oh won for her performance on the BBC America drama series Killing Eve.

As expected, Lady Gaga, Mark Ronson, Anthony Rossomando and Andrew Wyatt won best song for the signature tune ('Shallow') from A Star Is Born, the film most expected to dominate the Globes.

Best supporting actress in a motion picture went to the Oscar front-runner Regina King for her matriarch of Barry Jenkins' James Baldwin adaptation If Beale Street Could Talk.

Preview: When the 76th annual Golden Globe Awards get underway Sunday night, who takes home statuettes is only a small part of the intrigue.

What the Hollywood Foreign Press Association's Beverly Hills, California, ceremony lacks in gravitas it usually makes up for in freewheeling frivolity and fun. The free-flowing booze helps.

Lady Gaga is poised to win not just one but two awards, for best actress in a drama and for the song 'Shallow', from A Star Is Born.

But the ceremony might hinge most on just what kind of party the Globes can muster this year. Last year's ceremony, atypically serious for the Globes, was the first major awards show after the birth of the #MeToo movement following the Harvey Weinstein revelations. Female attendees wore black in solidarity. Presenter Natalie Portman pointedly introduced the "all male" directing nominees.

How much these subjects will be discussed in the broadcast, to be hosted by the unexpected pairing of Andy Samberg and Sandra Oh, is unknown. Samberg and Oh have said they're hoping to set a lively and carefree tone . Oh, the star of the BBC America drama series Killing Eve, is also a nominee.

Last year's show, like a lot of recent awards shows, saw ratings decline. Some 19 million tuned in to the Seth Meyers-hosted broadcast, an 11-percent decline in viewership.

This year, NBC has one thing in its favor: an NFL lead in. Ahead of the Globes, NBC is broadcasting the late afternoon Wild Card game between the Chicago Bears and the Philadelphia Eagles.

The array of nominees that have been sizable box office hits may potentially help the Globes, none more than Ryan Coogler's Black Panther, up for best picture (drama) and score. A Star is Born, which is expected to dominate the drama side of the movie awards, recently passed $200 million in domestic ticket sales.

At stake are not just Golden Globes awards but Oscar momentum. Voting for the Academy Awards nominations begins Monday.

Jeff Bridges will receive the Globes' honorary Cecil B. DeMille Award. A similar television achievement award is also being launched, dubbed the Carol Burnett Award. Its first honoree will be Burnett, herself.