'Gentleman' review: Nani and Niveda are the stars of this gripping thriller

The setting of Mohanakrishna Indraganti's Gentleman is pretty simple: girl (Catherine) meets boy (Gowtham), boy uses all the tricks in the book to impress the girl and voila, we are presented with the beginning of a romantic comedy.

In a parallel story, another girl (Aishwarya) meets a boy (Jai) through her parents. Their communion brings together two big families, and they take off on a trip to Kodaikanal, to get to know each other better.

We are introduced to both the stories of Gentleman, when Catherine (played by Niveda Thomas) and Aishwarya (played by Surabhi) meet on a flight. This is point when we realise that Gentleman is not so simple.

They both discuss their stories at length, and here's the clincher: Jai and Gowtham are identical (played by Nani). We're left with one crucial questions at the end of this scene: Are Gowtham and Jai the same person, or do they merely look alike? Nani and Niveda in 'Gentleman'.

Nani reminds us of more of the character Gowtham, as he's played it a couple of times before in films like Ala Modalaindi. With Jai, however, he turns classy, but retains the chocolate boy image. Nani's quick and witty dialogues in these sequences are not new to his fans, and are a highlight in the film.

But now we wonder, what next?

In a confusing set of scenes, we are shown how the four characters meet, and are witness to how they don't have parallel lives anymore. Catherine starts working in Jai's company, Aishwarya and Catherine become best friends and is also around during the wedding preparations.

You need to watch the film from this point to catch up, but you will not be disappointed. The twist isn't too obvious, and keeps you hooked throughout the film. Nani carries off both the characters effortlessly and gives us enough reasons to be curious.

Gentleman stands out from the typical, action drama, and what we have here is a very subtle thriller that grows into you.

Both the actresses do a good job with their roles; Surabhi as Aishwarya is simple and naïve, like the character demands, but Niveda as Catherine stands out. She is natural, quick and is a refreshing break from the usual portrayal of female leads in regular dramas.

As the clues fall together through the second half, we get the feeling that the story line could have been stronger, only because thrillers should be able to hold the suspense a little longer. Personally, if you are one of those who enjoys a movie without much thought and you let the director tell you a good, entertaining story, then this thriller works, and it is majorly because of the actors.

The suspense continues till the end and a big reason for that is the background score by Manisharma. Nani keeps us on the hook; his negative shades in the second half are pretty impressive and serve its rightful purpose.

With his previous films like Yevade Subramanyam and Bhale Bhale Mogadivay, Nani had managed to build a certain amount of trust among the audience with his strong performances. In Gentleman as well, he doesn't let us down. Niveda, too, makes us want to see more of her. The Papanasam actress should take up more ambitious projects for her talent and capability is a major highlight in Gentleman.

Gentleman is worth a watch, and is a complete package. 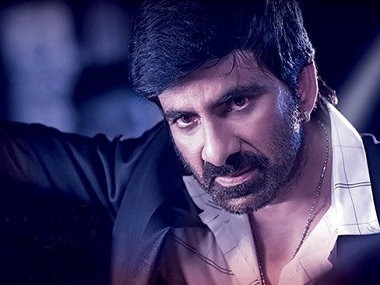