From stormy pictures with Rhea Chakraborty to controversial photoshoot with Pooja Bhatt; the dark side of Mahesh Bhatt

The veteran filmmaker, who turns 74 today, has walked on the path of spirituality and controversy, both. For all his cinematic achievements, the man has also lived and experienced an alternate life that reflects his dark side.

The dark side of Mahesh Bhatt

Mahesh Bhatt is a man of many lives. Just like Sanjay Dutt, a friend and frequent collaborator, he too has everything in his journey that could make for a spicy, saucy biopic. The veteran filmmaker, who turns 74 today, has walked on the path of spirituality and controversy, both. For all his cinematic achievements, the man has also lived and experienced an alternate life that reflects his dark side. Bhatt’s first marriage was to Lorraine Bright, who changed her name to Kiran Bhatt. The couple has two children, Rahul and Pooja Bhatt. Bhatt’s blockbuster Aashiqui, that sent the nation into a state of collective gasp with its searing music in 1990, was sourced from his own romance with Bright. The filmmaker injected his own personal emotions and demons into this celluloid love saga that shattered many myths and records. Their marriage came to a crumbling block when Bhatt was involved with Parveen Babi, a starlet carrying both dreams and nightmares in her eyes. Arth, which came out in 1982, sought inspiration from Bhatt’s own extra-marital relationship. In a statement, the filmmaker said, “I was married to Kiran, had a child, and was responsible for both of them. Still, my physical self was drawn to another woman.”

The actress suffered from schizophrenia and died a tragic, lonely death. Bhatt was inspired by her tumultuous journey and made two films on her- Woh Lamhe (2006) and Ranjish Hi Sahi (2022). This not-so-very clandestine relationship is recalled even four decades later.

The Eye-Popping Photoshoot with Pooja Bhatt 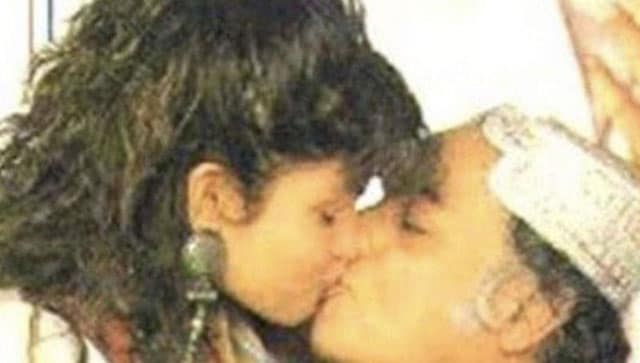 For a photoshoot, Bhatt and daughter Pooja could be seen kissing each other, a scene that created a nationwide jolt. The filmmaker even said that if Pooja wasn’t his daughter, he would marry her. Both of them received a lot of flak for the same.

The Story Of His Real Name

In a video that’s available of YouTube, Bhatt, while giving a speech about Islam, says, “The Islamic hadith says that you must help your brother in all cases, irrespective of whether he is oppressed (mazlum) or cruel (zalim). This hadith must be recited before George Bush (US President) and Narendra Modi(the then Gujarat Chief Minister). Why are you two committing atrocities on the adherents of a religion (Islam) which espouses peace and tolerance?.”

On September 4, Kangana Ranaut, sharing the speech on her Instagram story, wrote- “Mahesh Bhatt ji, casually and poetically inciting people for violence. I am told his real name is Aslam…He converted to marry his 2nd wife…It’s a beautiful name. Why hide it? He must use his real name, not represent a certain religion when he has converted…” 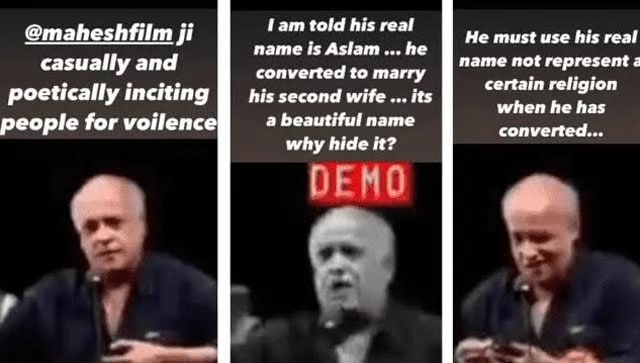 The Controversial Pictures With Rhea Chakraborty During the promotions of Jalebi in 2018, Bhatt and Rhea Chakraborty posed for the cameras and clicked some pictures that went viral at the time of Sushant Singh Rajput’s demise. The two were blamed for playing with the actor’s mental health and it was said Bhatt asked the actress to leave him after hearing about his mental health. The duo was slammed mercilessly on social media back in 2020. Aside from few cryptic posts, the filmmaker never spoke about any of the online hate he received.

Let’s set the record straight - Anu’s 90s sex icon persona played a major role behind her scenes getting chopped. The channel, which has a predominantly Gen X viewership (born in between 1965-1981), assumed that a single frame where Anu is visible will offend their viewers.

Happy Birthday Kartik Aaryan: Have a look at his uber-cool pictures on his 32nd birthday

Kartik seems to have taken an oath to not leave any genre behind. After stunning movie buffs with super hit romantic, comedy, and horror films, the actor is bringing along his dark side in thriller Freddy.

Kartik Aaryan has a jam-packed schedule with some very interesting projects lined up. On his birthday, here's a look at his upcoming releases.