Firstpost Playlist: From Poets of the Fall to Kings of Leon, music for your weekend

As we hurtle towards the end of 2016 — it'll be 31 December before you know it! — another weekend has come upon us. And weekends for the Firstpost newsdesk mean putting together a collection of the songs we've been listening to in the past few days into a neat little playlist for you, our readers. And what do we have this week? Mellow music that'll set the mood for the weekend. And maybe, some metal (we're not giving too much away!). So scroll down this list, plug in your headphones, and hit the play button. And as always, tune in, to tune out.

Parvathy Baul was a happy discovery made through a friend of a friend on a leisurely afternoon. Radiant and robed in orange, we saw a woman who sings for God. Don't only listen and be fooled. Watch her sing, for this is a one-man band that hops and chimes like a giddy girl but with the hush and grace of an ancient life.

Peaceful, mellow and introspective, this is one of Jack Johnson's best compositions. The singer also writes and composes his own songs, and this is, in my opinion, one of the best tracks he has to offer but a very underrated one with lyrics like:

I've been losing lots of keys lately,
I don't know what that means
But maybe I've been better off with things that can't be locked at all

It's very rare for me to pick a song that floors with its lyrics rather than its melody. Don't get me wrong, St. South (an Australian solo soul/electronic artiste) is melodic in an understated way; like she hums through her tracks with ease. This quality is there is all of her songs, but 'Slacks' is different.

Your fakers are fine, but your water ain't wine,
so stop feeding me, 'a little more time'.
Your shit's a mess, I'm not yours to undress,
I'm leaving this love for the last time.
I'm not yours, I'm mine.

That last line should bring back memories of your last hot-and-cold situation with the opposite sex (or the same sex, depending on where your inclinations lie) and it really hits home the sense of melancholic acceptance that one tends to have in complex emotional situations. Basically #thatshitsintense

Olivia, the vocalist, reminds you partly of Suzzane Vega and partly of Colbie Smoulders. Good song to listen to when you want your mind to be occupied but don't want to try too hard.

If you spent any part of your life in the 1990s, you're bound to have heard Snow's Informer. And if you did hear it, did you grab a notebook and try to scribble down the lyrics (no internet, remember?) to make some sense of them? Did you also think the words 'Leeds United' were mentioned repeatedly in the song? No? Well, I guess I didn't have many hobbies.

Moving along, back in the good ol' days when MTV was a legitimate music channel and not a repository for reality television and strange low-budget soap operas, this track was on near-constant rotation (along with Cheb Khaled's Didi and Roxette's Joyride). Before moving onto Leo Moracchioli's cover, just take a moment to note that this is probably the only time you'll hear those three songs mentioned in the same sentence. Probably.

Moracchioli is something of a YouTube sensation for his metal-infused interpretations of pop songs, old and new. Listening to his treatment of Informer instantly throws up two observations:
First, it's one of his best.
And second, there's far too few covers of this song out there. In fact, this might be the only one.

So if you've heard the original track, you'll have some idea of what to expect. And if you haven't, you're in for a treat.

'Around the world' by Kings of Leon

It's difficult to say anything about the new album, Walls, because it's so bad that it's good. It was supposed to reinvent the sound of the band, kind of like Bon Iver reinventing himself with 22, A Million, but Walls version of Kings of Leon are still comfortable with their own sound — there is a certain kind of pushing the envelope but only in terms of distortions and funk.

'Around The World' is predictable, but it's one of those songs that has a happiness of its own, maybe not in the lyrics, but in the mood and vibe it conveys. Perhaps one of their most accessible songs on the album. The clavinet is the best part. It's the kind of song that will make you feel like life's not bad, even if there's a person who takes a dump in your cereal everyday.

'Fire' by Poets of the Fall

Most of the songs by Poets of the Fall have a very intense or powerful chorus. But the rush you get when you hear the chorus of the song with the very apt name 'Fire' will be something you've rarely experienced in a Poets of the Fall song. Combined with a brilliant (but short) guitar solo in between, this is undoubtedly one of the best songs by the band. 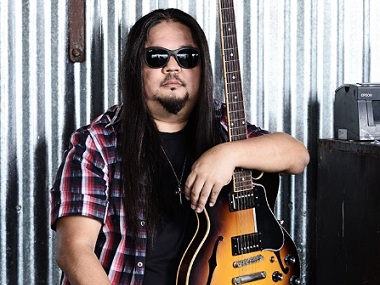 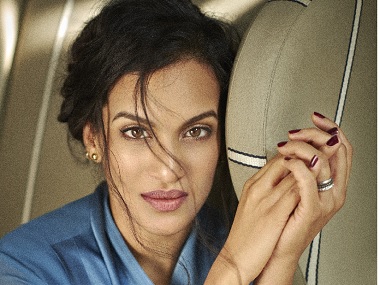