Fidaa passes CBFC test, to be released with U certificate and zero cuts

Shekhar Kammula's much awaited Telugu romantic comedy Fidaa has finally managed to complete all the censor board formalities successfully, and has been passed with zero cuts under a U certificate, according to a report by Chitramala. 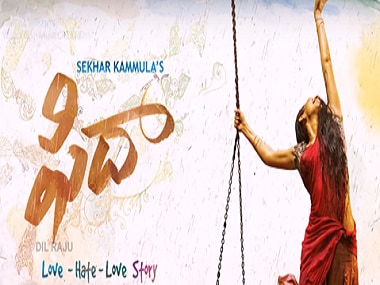 However, the producer Dil Raju has reportedly trimmed around 20 minutes of the movie, even after making a statement that Fidaa would out and out be director Shekhar Kammula's movie, according to a report by The News Minute. Raju has been known to interfere in the movies that he is producing, and this interference has been talked about in detail in Tollywood.

Raju was reportedly not too pleased with the tempo and rhythm of the movie and felt that it ran a little too slow. Furthermore the producer apparently wanted the run time to be less that two hours and 15 minutes, leading to the 20 minutes of the movie that have found themselves on the chopping board, according to the same News Minute report.

Fidaa stars Malayalam actor Sai Pallavi and Telugu star Varun Tej in the lead roles. The film also features Harshvardhan Rane in a key role. The movie comes with the tagline 'Love-Hate-Love' and is reportedly the story of an NRI who falls in love with a girl from Telangana.

The film is slated for release on 21 July.