You take one look at the trailer of Voldermort: Origins of the Heir, and you'd never guess that the film is not an official part of the Harry Potter franchise. This fan film, which will chronicle the rise of Tom Riddle before the birth of Potter, and his eventual demise, looks both authentic and intriguing. And what makes it even better is that it has been given the green signal by the Warner Bros. Studios, as reported by Mirror.co.uk. 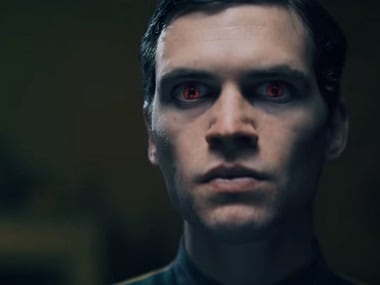 A still from the trailer of Voldermort: Origins of the Heir. Youtube screengrab

The trailer is centered on the heir of Gryffindor, Grisha Mac Laggen, as she tries to stop the emergence of Voldermort. She suspects trouble after she finds out that a descendant of the Hufflepuff family has been killed by their own elf.

Tryangle Films, which has made this Harry Potter-inspired film, did not realise that their project would grab the attention of so many people. It is a live-action film helmed by co-directors Gianmaria Pezzato and Stefano Prestia, and the main reason why the film was given the go-ahead was that the directors were making it for no profit and intend to upload it to Youtube so people can watch it for free.

The idea for this film came to them when they were re-reading the sixth book in the series — Harry Potter and the Half-Blood Price — where the duo found themselves asking several questions.

The film popped up on Warner Bros. Studio's radar last year in July, when the makers of the film were in the middle of a crowdfunding campaign. The project was suspended until there a conversation between the studio and production company could take place.

Production has already begun and post-production work will begin in the next few months. The film is expected to release by the end of 2017. Following a "private and confidential discussion with Warner Bros." the film has been allowed to move forward. The rights of the film remain with Warner Bros.

Google gets Diagon Alley to your screen, courtesy Street View