The controversial ex-chairman of the Film and Television Institute of India (FTII) has announced that the strike organised by the students has ended as a result of the resolution of the basic issues faced by the institute. In an interview to Mumbai Mirror, he called his stint "highly productive" and "controversy-free". He served for 19 months instead of the stipulated three-year tenure. He also said that his decisions were in line with the ideologies of the Rashtriya Svayamsevak Sangh (RSS) and Bhartiya Janata Party. Chauhan is remembered as the chairman whose appointment led to a students' strike. The strike specific to this appointment started on 11 June 105, and ended 139 days later in October, but the students organised another strike later against the lack of clarity in the syllabus.

The backlash they allegedly faced for participating in these strikes ranged from a hostile environment where they were called names to even being denied scholarships.

"A lot of work was done during my tenure. The students were on strikes because nobody was looking into their problems. They didn’t want me there so I was running the institute from Mumbai. I conducted four governing council meetings and you can see the results today," Chauhan said.

He also said that he was responsible for introducing a semester format and choice-based credit system, as well as getting reputed guest lecturers, since FTII was short-staffed. He also credits himself with replacing the diploma course with a government-certified Master's course.

The head of the anti-Chauhan protests, Vikas Urs, graduated from FTII in June. He called Chauhan a puppet of the government and labelled Bhupendra Kainthola, the director, a "Yes, Minister", adding that the latter was a sell-out who allegedly could not face the students.

Among the accusations that Urs has made are the tapping of his phones, blackmailing by government officials and being forced to spend a night behind bars; he was one of the students arrested on 26 August 2015 for holding unofficial court. As per his version of the story, the student strike ended because the students opined that they were dealing with people who did not understand art and cinema, but rather wanted to use FTII as a platform to spread commercial propaganda.

Urs says that the students have tried to get the syllabus changed for the last 10 years, adding that students are no more stakeholders in the institution's academic council. He says that the government changed the syllabus such that it became box office-oriented, which was to motivate students to produce revenue-generating films.

He added that new admissions were forced to sign 'no protest' bonds, deeming the move tyrannical, and Chauhan insignificant. Urs has reportedly spent six years at the institute, and says that his degree was delayed because of the unavailability. Seer murdered inside his ashram in Maharashtra's Nanded; suspect in custody, robbery may be motive: police 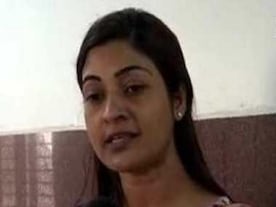