Emmy Award winner Elisabeth Moss' music drama Her Smell had its world premiere at the Toronto International Film Festival 2018 on 9 September. Moss plays Becky Something, a self destructive musician who pushes her relationships with bandmates, family and followers to the limit as she struggles with her drug addiction while attempting to re-engage the creativity that had once led her band to massive crossover success. To prepare for her role, the actress studied the lives of different celebrities who fell victim to substance dependence. "All the usual suspects, Kurt Cobain: Montage of Heck, which I’d already seen but now I’ve seen a million times, Amy, the Amy Winehouse documentary. And also things on Marilyn Monroe, like that kind of thing, just to get a grasp of that fame and that addiction. Anything I could find about somebody who was incredibly famous or successful, but also dealing with addiction, was very helpful, Moss told IndieWire.

Besides that, she also spent time with recovering addicts to understand the condition from real life experiences, not just limited to books and films. 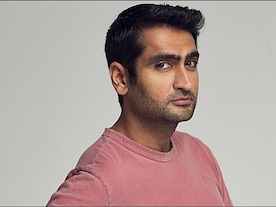