Doctor Who: Exploring the best era of sci-fi series with Steven Moffat as the showrunner

As the iconic British sci-fi series Doctor Who gears up for its next season, fans are excitedly waiting for how it will turn out — because this is the first time in history of the show (and the sci-fi series universe) that the lead will be a woman.

BBC has green lit the next season with casting the first female rogue time lord — Jodie Whittaker as the 13th Doctor.

The story about the time and space travelling titular time lord has a long history attached to it. The series, which touches on the themes of aliens and time-travel, originally premiered in 1963 and went off air in 1989.

This was followed by a TV movie in 1996 and was officially rebooted in 2005 with Russel T. Davies as the head writer, Christopher Eccleston as the 9th reincarnation of the Doctor and Billie Piper as his companion.

A season later, Eccleston made the decision to leave the show which lead to the Doctor's first regeneration in the rebooted series for David Tennat to take over as the 10th Doctor. 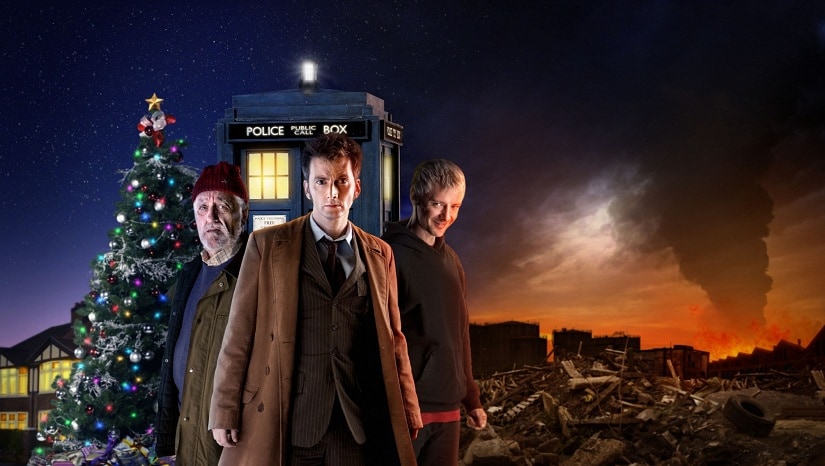 Bernard Cribbins, David Tennant and John Simm in Doctor Who: The End of Time.
Image via Flickr/CC

After Eccleston's exit from the show, writer and passionate Doctor Who fan Steven Moffat gradually took over the reigns of the series.

Steven Moffat was a writer on the rebooted series right from the very start. He is the man behind some of the scariest and best episodes in the series starting with the very first episode he wrote in in 2005, 'The Empty Child.'

But the one episode that made him famous was in series 4. Titled 'Blink', the episode became the highest rated episode in the history of the series with an IMDB rating of 9.8. It also introduced the the audience to a new alien race called 'The Weeping Angels.'

Doctor Who was then one of the reigning sci-fi shows in the world, but by 2005 the future of the show seemed uncertain. The head writer and showrunner Russel T. Davies and the doctor David Tennat (fans still consider him to be the best actor to have played Doctor Who till date) both were set to part the show.

As Steven Moffat stated in an interview, "David owned the role in a spectacular way, gave it all-new cheeky sexy performance and became a national treasure. And he didn’t do it instantly, he did it over time. So the idea of Doctor Who could go on in the absence of David was a huge question. I think there were plans maybe to consider ending it. It was Russel T. Davies saying, ‘your are not allowed to end it’."

Instead of ending the show, BBC decided to stick with Doctor Who. Moffat was chosen to take the show forward with a new lead in place —Matt Smith became the 11th Doctor in January 2009.

While the ratings dropped initially, people soon fell in love with the over-exuberant and quirky Matt Smith's version of the Doctor and his companions. Being the head meant that Moffat had more creative freedom. With showing a jump of 12 years in the first episode itself, 'The Eleventh Hour', Moffat established that time jumps would play a much larger role in his part of the series.

A fact that he had established in the episode 'Blink' with the Doctor describing time as "Wibbly-wobbly, timey-wimey." In keeping with that, he weaved in the story of Professor River Song through the seasons. He made hers a story that the audience saw in reverse with her introduction episode in series 4 'Silence in the Library' being the episode in which she dies.

Over the course of his presence on the show, Moffat has been completely responsible for the 11th Doctor and the 12th Doctor (Peter Capaldi), Amelia Pond, Rory Williams, Clara Oswald and Bill Pott’s as companions and Professor River Song. He is also the man responsible for writing in new aliens such as the Weeping Angels and The Silence. Peter Calpadi as the 12th Doctor. Image via Facebook.

However, his biggest challenge during this time was the responsibility of the 50th Anniversary Special in 2013. The special titled 'The Day of the Doctor' was an episode that worked with three doctors — 10, 11 and the War Doctor, Clara Oswald, UNIT the government agency, Zygons and also the destruction of the Doctor’s home planet of Gallifrey. This was followed by the Christmas Special 'The Time of the Doctor' which ended the story of the 11th Doctor and show his regeneration into Peter Capaldi as the 12th Doctor.

After working for twelve years on the show and six years as its head,  Steven Moffat set to pass on his position to fellow writer Chris Chinball.

Not only is the showrunner changing, but Peter Capaldi is also leaving the show. The only thing left on the cards for the old  team is to deliver the Christmas Special before everything in the world of Doctor Who changes once again and the audiences say goodbye to the Steven Moffat era of Doctor Who. 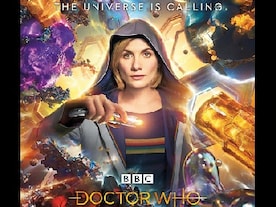 Peter Capaldi named as next 'Doctor Who' star