DC's Aquaman director James Wan on Marvel: Most incredible how they made Captain America, Thor popular outside the US

James Wan, the director of DC's Aquaman, believes the success of films based on comic book superheroes, Captain America and Thor, was due to their global fan following.

The 41-year-old director was particularly impressed by the two superhero characters and said Marvel did an "incredible thing" to make them mainstream outside the US. "I actually think the most incredible thing (Marvel) did is making Captain America and Thor accessible to the mainstream - especially outside of the United States," Wan told Entertainment Weekly.

"The moment you can make a character called Captain America' work in Russia and China, then anything is possible," he added.

The Furious 7 director said before agreeing to helm Aquaman, he had told Warner Bros and DC bosses that he would like to give his own treatment to the film.

"I told them that I understand and respect that Aquaman is part of a bigger universe but at the end of the day I have to tell the story I want to tell and want to develop the character because its such a big part of my life as the filmmaker behind it. And that was something the studio was respectful about," he said. 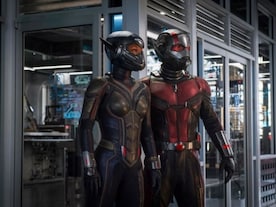