Oscar-winning actor Tom Hanks and his wife, Rita Wilson, have left a hospital in Australia’s Queensland state five days after testing positive for the coronavirus, People magazine reported on Monday.

The pair are now resting at a rented home in Australia and remain under quarantine in the house, the U.S. magazine’s report said, citing a representative of the actor.

Last week, Hanks wrote on Twitter that he and Wilson had tested positive for the virus in Australia, where he is working on a film, after they felt tired and achy with slight fevers. Both Hanks and Wilson are 63 years old.

Meanwhile, director Baz Luhrmann has also gone into self-isolation after coming into contact with Hanks on the set of their new untitled Elvis Presley film.

The Australian filmmaker, along with his family, are in voluntary quarantine after Hanks and his actor-wife Rita Wilson were tested positive for COVID-19 disease last week.

In a statement on Twitter on Sunday, Lurhamann said he and his family were doing well.

"I'm in isolation for the next 10 days, but the family and I are healthy and well," he said.

"Really must send a big thank you to the doctors and medical experts at Queensland Health who have given us tremendous support and most importantly, very clear instructions as to how about going putting our company and the community's health first. Very proud to say that the entire production is following these instructions to a T," he added.

Hanks had travelled to the Gold Coast, on Australia’s east coast south of Brisbane, to begin filming. He is set to play Presley’s manager, Colonel Tom Parker, in the Warner Bros production.

Hanks and Wilson were among the first major American celebrities known to have contracted the coronavirus, which causes a disease, COVID-19, that has killed more than 70 people and infected more than 3,800 in the United States. 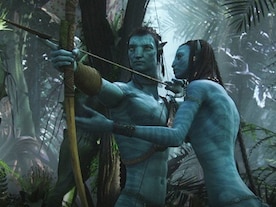