The first look of Emraan Hashmi's next 'Azhar' has been revealed on Twitter on Thursday and while we can't imagine the romance aficionado playing a cricketer's role, judging by the first look, we are curious. 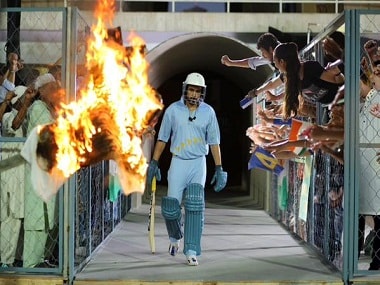 Helmed by director Anthony D'Souza, who in the past directed the forgettable Akshay Kumar-starrer Boss, Azhar is based on the life and times of former Indian skipper Mohammed Azharuddin. The film is being directed by Tony D'Souza and the dialogues have been written by Rajat Arora, of The Dirty Picture fame.

Actress Prachi Desai has been cast opposite Hashmi and will be portraying the role of Azharuddin's first wife Naureen.

However, the hunt for an actress playing the role of Sangeeta Bijlani is still on. The film is reported to highlight the former skipper's affair with Sangeeta Bijlani, reports Deccan Chronicle.

Hashmi is seen donning the colour of the Indian team and is seen making his way to the pitch. It seems pretty cliched, but for a first look it has piqued our interest.

Film critic Taran Adarsh tweeted out the first look of Emraan Hashmi portraying the former skipper and the movie poster:

An excited Emraan Hashmi tweeted this just after his first look was released:

For many he was a hero for some a villain.He has been worshipped, judged and criticised for 30 years.Get ready to get teased today.

Harsha Bhogle also commented on the first look on Twitter:

The posters of "Azhar" bring back so many memories. Hope the interval of the movie is around 1994....(As it turns out my book ended there!)

Azhar is set to release on 13 May 2016 and is produced by Ekta Kapoor's Balaji Motion Pictures. 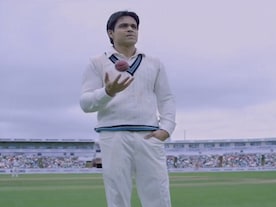 Watch: Emraan Hashmi is at the forefront of the very sensationalist 'Azhar' trailer 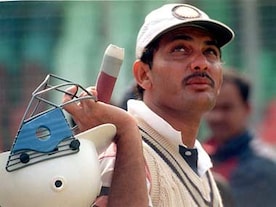 Took a lot of convincing for me to agree to 'Azhar': Mohammad Azharuddin on biopic