CBFC says it didn't ask for Ford vs Ferrari cuts; but self-censorship also points to shrinking space for dissent in India

After the Christian Bale-Matt Damon starrer Ford vs Ferrari was released in India on 15 November, a number of viewers — including actor-filmmaker Farhan Akhtar — pointed out that visuals of liquor bottles and glasses had been blurred out in the film. Many, like Akhtar and photographer Atul Kasbekar, blasted the CBFC (Central Board for Film Certification), more commonly known as the Censor board, for what they read as an act of censorship. A few days ago, however, CBFC chairman Prasoon Joshi claimed that the filmmakers had blurred the shots themselves, “voluntarily”. On Thursday, 21 November, Joshi told PTI, “This is to clarify once and for all that CBFC never asked the makers of Ford vs Ferrari to blur any shots in the film. I am disappointed with those who propagated false news that CBFC has asked for blurring shots in Ford vs Ferrari.”

There are two things that immediately come to mind — the first is that anything CBFC did or did not recommend to the makers can be easily proved by Joshi. That he hasn’t done so indicates that at the very least, he had hoped to keep the blurring on the down low. The second, more disturbing thing is that somehow, Joshi seems to view the voluntary blurring of shots-featuring alcohol as a positive or desirable outcome. It’s not — no filmmaker anywhere around the world hopes to censor his own work. If they do so it’s because their chance to legally and effectively distribute their film hinges upon this choice. That Joshi, someone who has worked in Bollywood for over two decades now, does not understand this (or chooses willful ignorance), is staggering. 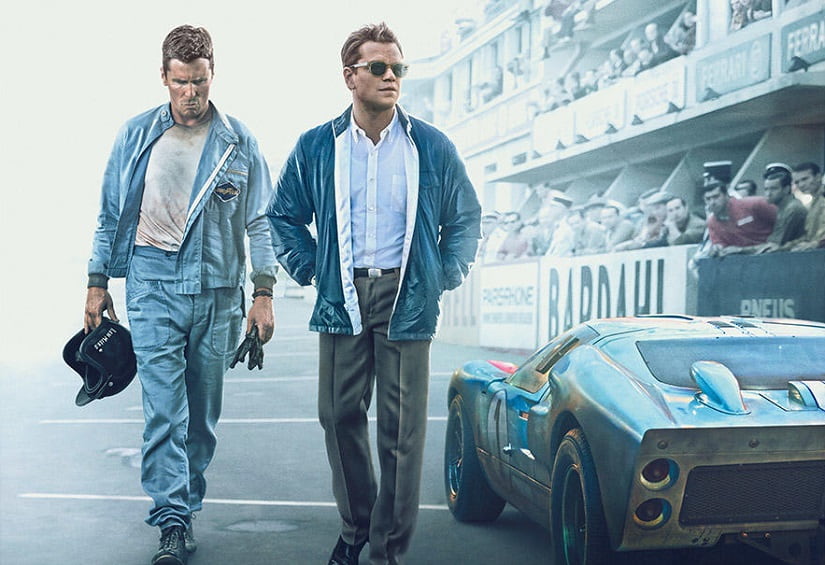 Self-censorship seldom happens in a vacuum. It happens when filmmakers make what they believe is a pragmatic choice, a no-brainer — sacrificing the integrity of a few seconds’ or minutes’ worth of their work, so that the entirety of it still finds an audience. And why would filmmakers choose to believe this? There are good reasons for this — the first of which is the shrinking space for dissent in the country. Indian journalists win prestigious awards at the international stage for their truth-telling, but are abused, vilified and called anti-nationals back home. The government of India recently cancelled a writer’s OCI (Overseas Citizen of India) card on Twitter, in a move worthy of trigger-happy tyrants like Trump — mere months after he wrote a TIME magazine story critical of Prime Minister Narendra Modi. In such a heightened, vindictive atmosphere, filmmakers naturally feel like they have to fall in line, or else.

In fact, some of them go above and beyond this, as Bollywood’s recent spurt of propaganda films shows us. An absolutely vile film like Kesari, with its ‘80s-era Muslim caricatures, earned over 200 crores at the box office. There is a string of similar period films in the making, all of which play the evil-medieval-Muslims card — the Ashutosh Gowariker-directed Panipat, the upcoming Ajay Devgn production Tanhaji and so on. To a lesser extent, films like Toilet, Mission Mangal and Commando 2 lionise government schemes/endeavours (Swacch Bharat, the Mars mission and demonetisation, respectively) and add a dollop of abstract nationalism on the top, making the situation worse. The roaring financial success of propaganda films has sent a clear message to filmmakers: glorify and be rewarded, criticise and watch your work be relegated to the dustbins of history.

The tentacles of this movement have spread to the streaming space as well. Although Netflix, Hotstar et al have denied it, there have been reports of government representatives meeting with streaming executives. Apparently, they wanted films and TV shows that showed India and the mythical but ever-convenient ‘Indian culture’ (a kind of dog-whistle for Brahminical/Hindutva ideology) in a positive light. Last week, Ministry of Information and Broadcasting additional secretary Atul Tiwari, said on record that the government is developing a ‘Self Regulation Code’ for streaming platforms. Around the same time, we reported on how Prime Video has made an episode of the CBS White House drama Madam Secretary unavailable to Indian viewers — the episode in question criticised the Indian government for not doing enough to stop anti-Muslim mob attacks.

It is not that difficult to see where we’re headed, then. ‘Self-regulation’ and the lure of propaganda monies will mean a new batch of mythological (expect new, even more over-the-top Ramayana stories) or historical revisionist fare. American shows that sometimes touch upon the politics of India or South East Asia in general (like Madam Secretary or The West Wing) will be censored to the gills. Stories like Leila or The Family Man will be phased out gradually, until the ‘dissent gap’ between them and mainstream Bollywood disappears. Streaming shows will become just as conformist, as committed to the status quo.

So Prasoon Joshi can deflect as much as he wants, but he, the CBFC and the central government are pushing Indian filmmakers back by years. By the time they’re done, ‘independent cinema’ may well be reduced to a figure of speech.