‘Captain America: Civil War’ trailer aka Captain vs Iron Man promises to be an exciting spectacle

Captain America: Sorry Tony. You know I wouldn’t do this if I had any other choice; but he’s my friend.
Iron Man: So was I.

This dialogue between two of the biggest superheroes in the Marvel Cinematic Universe sets the tone for the upcoming Marvel film, Captain America: Civil War. The much-awaited first official trailer of the third installment from the successful Captain America franchise was released on the Jimmy Kimmel Show on Tuesday and not only does it look intense and exciting, it also sets the road map for the forthcoming MCU films.

The last time we saw Captain America and Iron Man on screen together it was end of Avengers: Age of Ultron and while Tony Stark (Robert Downey Jr) was going to take a break after unleashing the terror of Ultron, Steve Rogers (Chris Evans) was assembling a new look team of Avengers. Screengrab from the trailer

Now, both are back on screen and are evidently no longer friends.

Steve has been looking for his childhood friend James ‘Bucky’ Barnes (Sebastian Stan) aka The Winter Soldier ever since Captain America 2 and finally found him in the post credits scene of the Ant-Man. The trailer takes off from where Ant-Man ended as we see Steve and Sam Wilson (Anthony Mackie) aka Falcon discuss what has to be done.

From a cornered Bucky to an all out war, the trailer does a fine job of establishing the story.

We see Captain America, who took down a corrupt SHIELD on his last solo outing, go rogue to protect his friend in an uncharacteristic reckless manner. We see his trademark shield being taken away, him go against his friends and being told that his action can no longer be tolerated.

Directed by The Winter Soldier filmmakers Joe and Anthony Russo, the film is based on the Marvel comics arc where the teams were divided due to The Superhero Registration Act. While this Civil War will have a different premise, the dynamic of the film will be same. Unlike Batman v Superman, we have seen these people work together in Avengers series and it will be interesting to see how they face off against each other, not for glory but for what they believe in.  Another thing to look forward to is Steve Rogers with shades of grey as he has always been one of the most upright heroes in the cinematic Avengers.

The two-minute trailer also introduces the much-anticipated new character of Black Panther, played by Chadwick Boseman. (Props to the costume department for faithfully translating his comic book outfit to screen without too many frills) We also see Scarlet Witch (Elizabeth Olsen), Hawkeye (Jeremy Renner) and War Machine (Don Cheadle), but noticeably missing are Vision (Paul Bettany), Ant-Man (Paul Rudd) and Spiderman (Tom Holland), who will make his Marvel studio debut in the film. In fact, despite being a Captain America film, Civil War features all known cinematic Marvel heroes with the exception of the Guardians, Hulk, Thor and Doctor Strange.

It goes without saying that the action choreography in the trailer is of top quality as the fight scenes are detailed and enthralling. Special mention to the final shot where Captain and Bucky take on Iron Man, switching the shield between them. The two-on-one action is brutal and has whetted our appetite for the spectacle the film promises to be.

Meanwhile as we wait for the release, check out poster and trailer here 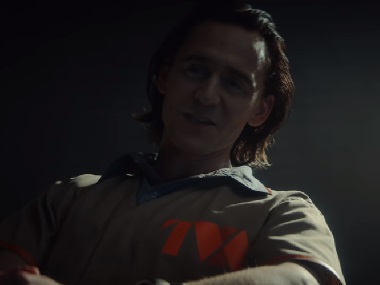