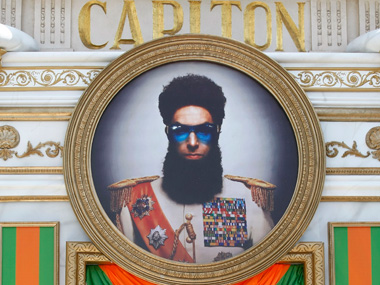 Anderson's Moonrise Kingdom will open Cannes, where it will premiere amid the frenzy of the French festival. Anderson, as well as cast Bruce Willis, Edward Norton and possibly Bill Murray will make their way down Cannes' grand red carpet in the evening.

But before that, Baron Cohen has planned a stunt to promote his new film, The Dictator. Exactly what the comedian has planned wasn't known, but he seemed sure to draw the attention of the world's media gathered on the French Riviera.

The Cannes Film Festival runs through 27th May, with eagerly anticipated films from Walter Salles, David Cronenberg and Michael Haneke to follow.