Washington: The backstory of Batman's many villains came to life on Monday in a new US television drama series that Fox hopes will help lift its prime-time ratings out of the doldrums. Gotham stars David Mazouz as a 12-year-old Bruce Wayne who witnesses the cold-blooded murder of his parents on the grim nocturnal backstreets of contemporary New York.

But the plot centers on the rookie detective James Gordon, played by Ben McKenzie, the character who would become the Commissioner when Wayne grows up to become the Caped Crusader.

"I promise you, I will find the man who did this," Gordon promises a shattered, vulnerable Wayne at the scene of the crime.

Taking turns sowing evil over the course of the 16-episode series will be Catwoman, who opened the premiere as a fresh-faced punkette in a leather biker jacket, and Penguin, who Gordon pretends to shoot by the East River, thus assuring his return.

New to the Batman fable, and never seen in the original DC Comics incarnation, is brutal nightclub boss Fish Mooney, played by Jada Pinkett Smith, best known for her work in the Matrix movie franchise.

Created by Bruno Heller, the mastermind behind the CBS police procedural The Mentalist, Gotham is a centerpiece of Fox's campaign to bolster its ratings, which have been sagging in recent years, particularly in the coveted 18-49 age bracket, The Wall Street Journal reported.

Television prequels of iconic American comic book tales is nothing new: Smallville, a telling of Superman's boyhood in small-town Kansas, ran for 10 seasons and 218 episodes before its finale in 2011 on the CW network.

Pending initial viewership figures, Gotham rode the Twitter top-10 trending list throughout its hour-long east-coast telecast, with some of its stars patting each other on the back amid a flurry of positive tweets from hardcore Batman enthusiasts.

"Congrats@ben_mckenzie you may have a hit on your hands," tweeted Pinkett Smith at one point during the show.

Congrats @ben_mckenzie you may have a hit on your hands. #GothamPremiere

“@jadapsmith: Congrats @ben_mckenzie you may have a hit on your hands. #GothamPremiere” I think we do Jada, I think we do 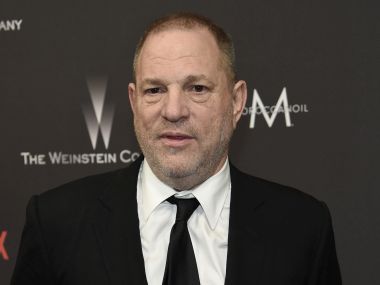