Brangelina who? Jennifer Aniston's existence is not defined by one failed relationship

Brangelina broke the internet by making their split official after a decade long relationship.

Jennifer Aniston and Brad Pitt were the quintessential celebrity couple of the early 2000s. Aniston was hands-down the hottest TV star of the '90s while Pitt was not only the most sought-after movie star, but also soaring in popularity.

Aniston's marriage to Pitt disintegrated shortly after he met Jolie on the set of their movie Mr & Mrs Smith in 2005, and Pitt's involvement with Jolie became the subject of intense media scrutiny, but neither Pitt nor Jolie has publicly commented on the relationship at that time. 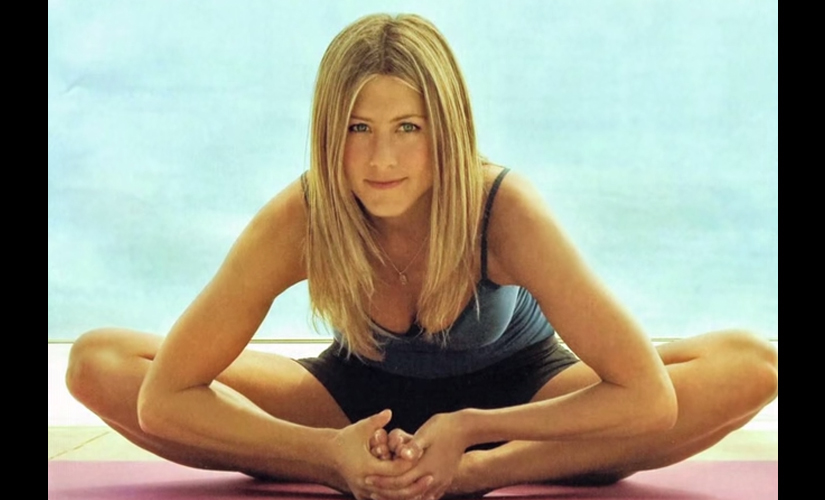 While Pitt and Jolie have been together raising their family of 6 kids, Jennifer Aniston is holding on to her  $150 million empire, has won multiple awards (including one Golden Globe) and has been voted Most Beautiful Woman Alive among other things.

She has been also very outspoken about the media scrutiny she faces as an actress, is a feminist icon and is happily married to actor and director Justin Theroux, who she has been dating since 2011.

She seems to be happy. But does the internet care?

Twitter has been flooded with Aniston memes that make her seem to be extremely 'joyous'; and almost vindictive about seeing her ex-husband split up with Jolie. Here are a few examples:

I would love to see the texts between Jennifer Aniston and Courteney Cox right now, lol

I'm sure happily married, highly successful millionaire actress Jennifer Aniston is delighted to be reduced to the status of a vengeful ex

So does Aniston care about her failed relationship with Brad Pitt? A source told US Weekly that she “admittedly feels sort of satisfied about Brad and Angelina’s split,” but she also “never wanted this for them or wished this on them.”

This brings us to an important question regarding this split. Why are we defining a successful actress' happiness on the basis of a decade old relationship that didn't work out? Would this be the same reaction if an actor was involved instead of our favourite Rachel Green?

While we all love and are protective about our favourite FRIENDS character; shouldn't she be left out of the divorce? Is this a more modern form of sexism — the thought that all that a successful actress cares about is hoping bad fortune befalls her ex?

With her Beverly Hills mansion, a successful film career and friends like Courtney Cox (who has famously stood by her) she seems to be doing more than fine. Aniston had made it clear in an interview with The Hollywood Reporter that she and Pitt “wish nothing but the best for each other” and expressed hope that the world would “stop with the stupid, soap-opera bullsh–” around their relationship.

Here are a few Tweets that echo this sentiment:

Jennifer Aniston is a 90's ICON, married and worth $150 mil. i HIGHLY doubt she cares about the divorce of a man she left 11 years ago.

The only reason Jennifer Aniston is trending today is because people are sexist AF.

I hope #JenniferAniston woke up today, had a little chuckle, and then went right back to the man who treats her like a Queen #Brangelina pic.twitter.com/INOGK8sVYm

leave jennifer aniston out of it tbh

Friendly reminder Jennifer Aniston is married to Justin Theroux. Which is all that matters. pic.twitter.com/xQY7mAjRVr

I CONCUR. Can we please stop making people's present tragedies about the perceived past injuries of people who don't give a shit anymore? https://t.co/iGVPRy0A2c

Me at everyone who's bringing Jennifer Aniston into this pic.twitter.com/An3UWJIqPL