Vishnu Gupta, National President, Hindu Sena, has written a letter to the Home Ministry asking them to investigate whether there are any vested interests in the release of Apoorva Lakhia's crime biopic Haseena Parkar, starring Shraddha Kapoor in the titular role. 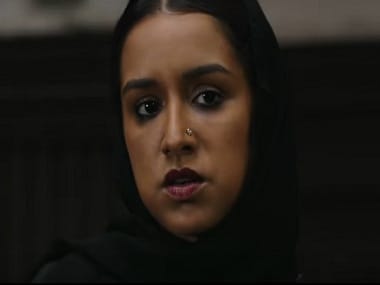 The letter states that Hindu Sena has deduced from the trailer of the film that it is set during the 1993 Mumbai explosions and revolves around the chief accused Dawood Ibrahim's late sister Haseena, who also has a number of cases registered against her.

"As per today's press conference by the Thane Police Commissioner on capture of Dawood Ibrahim's brother Iqbal Kaskar from Haseena Parkar's house for extortion from builder, there may be a possibility of the Bollywood connection of money laundering in the movie funding by the underworld gang and glorification of their crimes against humanity," the letter read.

Hindu Sena has thus, demanded an inquiry into the film's funding and the possible connections of the cast and crew with the underworld. The letter by Hindu Sena to the Home Ministry. Twitter@BuzzRashmi