National Award-winning writer-director Hardik Mehta made his directorial debut in feature-fiction with the recent release Kaamyaab,  which was a tribute to the unsung side hero and numerous nameless faces in Bollywood films, with well-known character actor Sanjay Mishra playing the protagonist.

Produced under the banner of Shah Rukh Khan’s Red Chillies Entertainment, Kaamyaab may not have earned great numbers at the box office but garnered a lot of praise, and was warmly welcomed by critics and audience alike. Besides, the film also travelled to many film festivals, and had its world premiere at the Busan International Film Festival.

Sanjay Mishra in a still from Kaamyaab

“If all this (praise and accolades) doesn’t convert into box office numbers, it is disappointing but yes, these films have a life of their own. For instance, Masaan was discovered so much later. It was released around Baahubali and Bajrangi Bhaijaan. There was no space for that film to perform. Around the release of Kaamyaab, we had Baaghi 3, Angrezi Medium, and now coronavirus. But it is okay because Kaamyaab is not a Rs 30 crore film,” says Mehta, whose documentary Amdavad Ma Famous (on an obsessive kite-flying boy) won the National Award (Non-feature Film section) at the 63rd National Film Awards for 2015. Mehta has also made short films like Chal Meri Luna, Skin Deep, and The Affair.

“But the good thing is that I got to make my first film that I wanted to because these days, directors are given ready-made projects. Kaamyaab had a wonderful journey, from festivals to commercial release. I am privileged enough that Drishyam and Red Chillies supported me because generally, studios discourage new directors,” he adds.

“Secondly, films about films or an insider look at the industry or an actor's journey have mostly not given great box office numbers in the past, and this is something that even Shah Rukh told me. He told me that probably Om Shanti Om was an exception because it also had that reincarnation formula. But Kaamyaab went to Busan and other festivals, and eventually came here to be produced and presented by the superstar. Then Naseeruddin and Ratna Pathak Shah loved the film, and some of the critics who are difficult to please too praised it.

I also liked one of Shah Rukh’s compliments. He really loved the way we ended with black-and-white photos of yesteryear character actors. He remembered working with some of them. For instance, his film Badshah had many of them — Avtar Gill, Viju Khote, Johny Lever, Sudhir. So the number of boxes that Kaamyaab ticked is very rare," says Hardik.

Mehta, who co-wrote survival thriller Trapped, and assisted on films like Queen and Lootera, now has his attention on his next, Roohi Afzana (produced by Dinesh Vijan’s Maddock Films) a horror comedy starring Rajkummar Rao and Janhvi Kapoor, likely to release in June.

“It was a conscious decision to direct a commercial film with mainstream actors in it because I didn’t want to come across as a filmmaker who would be identified as someone who made an artistic film that only went to festivals. I have grown up on hardcore commercial films, and I want to make such films.

I am very happy that I haven’t allowed myself in getting categorised or typecast. It was a conscious decision that even before the release of Kaamyaab, I completed Roohi Afzana so that people know that I am doing a mainstream film, and that I can work on different genres as well. I have also made a documentary earlier so I can’t be slotted into any category. Now, it is a great time for filmmakers to experiment, and there are takers for it."

Rajkummar Rao, Janhvi Kapoor, and Varun Sharma in a still from Roohi Afzana

“That (Roohi Afzana) is also a fun-filled mazedaar ride. It is a great opportunity to work with Rajkummar Rao, and of course, Jahnvi in a double role is another attraction. That uncanny resemblance to her mother (Sridevi) would leave me dumbfounded. (Mrighdeep Singh) Lamba and Gautam Mehra are such great writers, and I am glad that Mrigh (Lamba), who has written the script and is also producing the film with Dinesh Vijan, chose me to direct. It is a once-in-a-lifetime opportunity,” says Mehta.

While it is believed making a technically sound horror film is tough, Mehta says he wants to challenge himself, and test his skills at the horror comedy right at the beginning of his career. “Comedy comes naturally to me so I wasn’t worried on that front. I had a great cast who was going to pull it off really well. Both Rajkummar and Varun Sharma’s comic timings are brilliant.

But what I like about horror is that it is the most cinematic genre. If a filmmaker wants to test his or her filmmaking skills then there is no genre as good as horror and thriller.

You can take lot of cinematic liberty here. Horror tests any filmmaker in the best possible way. Horror doesn’t have many dialogues. It has a lot of treatment... when to show, when to cover up what, what music to start and end with, camera angle, the way you take the shots matter a lot in horror. These are the cinematic decisions that filmmakers usually love to take in their career. Horror genre gives you that liberty. Also, horror films have the most loyal fan following," says Mehta.

Although his personal favourite is slice-of-life films, Mehta would like to try his hands at all possible genres. “I believe that a filmmaker should work on every genre otherwise it is limiting. These are the times when you have all the freedom to challenge yourself. Look at Shoojit Sircar. He has made films like Madras Café, Piku, and now, he will coming out with historical Udham Singh.”

Born in Rajkot, and raised in Vadodara, Mehta, who calls himself "total filmy," belongs to a family of music and movie lovers, who inculcated in him a passion for Hindi cinema. While doing his Master's degree in Mass Communication from Jamia Millia Islamia University in Delhi, he got to work with New York-based filmmaker and screenwriter Dev Benegal, who had visited the Jamia campus to conduct a workshop. After a while, in 2009, he was assigned as the script supervisor in Abhay Deol-starrer Road, Movie, and further, he got the opportunity to assist Vikramaditya Motwane on Lootera, followed by Vikas Bahl on Queen, and then he co-wrote Motwane's Trapped.

“I am very filmy (laughs), and I also come from a very filmy family. Hence, I made Kaamyaab. The first time I came to Mumbai, I found a place to stay in Versova area. I called up my uncle, who lives in Junagadh, to inform that I have settled in Mumbai. He asked me where I lived, and when I told him Versova, he was shocked. He tells me, "But that is the place where smuggling happens," and I realised that he has seen these sequences in Hindi movies from the '70s and '80s, where they had dialogues like "Versova pe maal aayega" (laughs heartily). I would entertain my schoolmates by mimicking actors like Om Prakash, character actor Sudhir. This is probably how  Kaamyaab originated,” he says. Though many believe the film industry does not warm up to ‘outsiders’ easily, Mehta believes the industry welcomes you if you have something interesting to contribute. “It is very important to have a unique voice. At the same time, it is also very important to assist and collaborate with the right people. I was very fortunate that Dev Benegal taught me script and continuity supervision, which not many assistant directors like to do on sets because it is very technical, and you have to have all the right answers for the actors. Although I was an outsider, I was very lucky to learn this craft, and then I could apply it on Lootera and Queen. The industry is very small. People start recommending you, and the word spreads," he says.

Secondly, Mehta does not believe in having a godfather. “It is best to do your own thing rather than depend upon any godfather. Vikramaditya advised me to make a short film first to figure out if I could make a feature. I took the challenge, and made a short which won the National Award. That is when Manish Mundra (producer, Kaamyaab) noticed and asked me for a script, and Kaamyaab  happened. You can’t be thinking that nobody is inviting you.

You will have to be present where actual work is happening, and learn the craft otherwise there is always somebody’s cousin or an uncle’s son, who is ready to assist.

Industry kids have to make their career here but for outsiders like us, it is even more important to pull up our socks and prove ourselves,” he concludes. 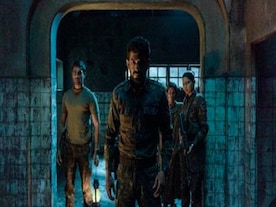 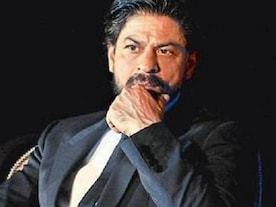