Toronto: Toronto's International Film Festival served up an ace on Monday, announcing it would open with a movie depicting the epic rivalry between tennis legends Bjorn Borg and John McEnroe.

The premiere of "Borg/McEnroe," which stars Shia LaBeouf as McEnroe and Sverrir Gudnason as Borg, re-enacts the legendary on-court battles between the volatile American and his cucumber-cool Swedish rival.

"The story of this nail-biter matchup changed the sport of tennis forever, and the outstanding performances from LaBeouf and Gudnason will be a spectacular way for festival-goers to kick things off," said TIFF director Piers Handling. 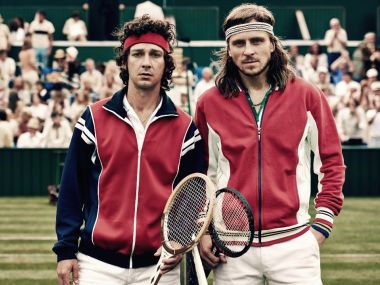 The film, which will open North America's largest film festival on 7 September, is a change in scenery for director Janus Metz, whose award-winning documentary "Armadillo" focused on Danish troops serving in Afghanistan.

LaBeouf, who last month was forced to publicly apologize after being arrested for drunken behavior at a hotel in Georgia, plays the US tennis star famous for his tantrums and curly mop of hair.

McEnroe frequently clashed on court with the Swede, whose cool composure provided a stark contrast in their face-offs in the late 1970s and early 1980s. They played 14 times in all — each won seven times.

Your first look at our #TIFF17 Opening Night Film: Janus Metz' BORG/MCENROE — on the epic rivalry between Björn Borg and John McEnroe. pic.twitter.com/epOGifZOzQ

"The on-court scenes have the dynamism of a street battle, and the drama peels back layers from what we know about both players," said the festival's artistic director, Cameron Bailey.

"This was more than a simple conflict pitting an icy European against an impulsive American. Audiences are in for one hell of a showdown."

"Borg/McEnroe" is the second tennis movie on the TIFF schedule — "Battle of the Sexes," the story of tennis legend Billie Jean King's showdown with Bobby Riggs starring Emma Stone and Steve Carell, is also in the line-up.

The Toronto film festival, which runs this year through 17 September, has become a launch pad for Oscar-conscious studios and distributors, attracting hundreds of filmmakers and actors to the red carpet in Canada's largest city. 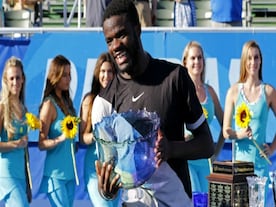 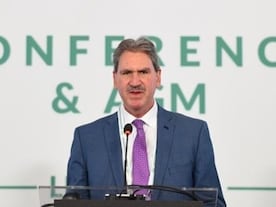