In Thursday night's episode of Colors TV's Bigg Boss 10, Lopamudra Raut and Manu Punjabi lost the secret task, and as a result Rohan Mehra won the luxury budget task (BB Gold Mine). As promised by Bigg Boss, the Yeh Rishta Kya Kehlata Hai actor has retained his captaincy for one more week. While Bigg Boss lauded Rohan’s effort in the task, Lopa was heard complaining to Manveer Gurjar about losing the task because of Manu not helping her. Then we also saw the otherwise calm and composed Rahul Dev lashing out at Om Swami, after the latter accused the former of stealing the gold from Rohan’s vault. Undoubtedly, Rohan has proved to be a successful captain and as a new day dawns inside the Bigg Boss house, the contestants wake up to the ‘Appy Fizz theme song – Chal Ud Zara’.

On Friday night (25 November 2016), the 40th episode of this tenth season, we see that Rohan’s renewed captaincy earns him some powers. Bigg Boss asks him to select four of the weakest contestants from the luxury budget task. Immediately, Manu and Manveer joke that it has to be them and pretend to get up as, in the past, they were often chosen to go to jail by celebrities. However, without wasting any time, Rohan takes Om Swami’s name and this irks the man a great deal and he takes his drama to another level. He starts taunting Rohan about being ungrateful to him as he was the one who made him the captain. Rohan asks him to shut up and retaliates when Swami takes it up a notch. 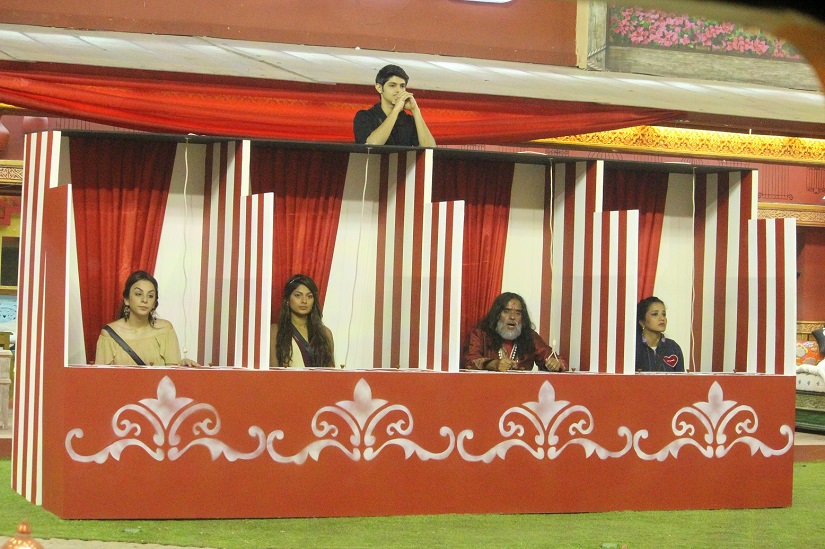 Further, the self-proclaimed godman questions Rohan’s upbringing and accuses him and his family of being disrespectful towards an elderly man. The other contestants keep asking him to stay quiet and to not raise questions about anyone’s family. But there is no stopping him and he keeps going on and on about being treated badly in the house. Exasperated with Om Swami’s cribbing and inability to accept punishment, Gaurav taunts him while asking him to stop with his politics inside the house. After giving the matter a lot of thought, Rohan zeroes in on Om Swami, Nitibha, Mona and Lopa to receive the punishment.

Come evening, it’s time for the punishment task wherein the four nominated contestants have to sit inside cubicles created in the garden area. Rohan is asked to stand on the podium placed behind the cubicles. Rohan becomes the puppet-master with the ability to administer punishment to any contestant he deems fit basis the options presented by Bigg Boss. The first compartment has two slabs of butter which one contestant needs to consume as a part of their punishment. Rohan names Om Swami to take this on. Swamiji again gets upset and calls Rohan many unsavoury names. As more drawers are opened, the drama levels increase with punishments like going to jail and lying on a stretcher come into play. For the stretcher punishment, Rohan again names Om Swami, and sends Nitibha to jail. Nitibha, too, gets upset with Rohan and tells him that he became the captain because of her, and that she had alerted him about Lopa and Manu’s secret task of stealing gold from his vault. Rohan counters saying he became the captain because she was unsuccessful.

By the end of the day, Om Swami alienates everyone in the house with his antics. His choice of words and actions turns everyone against him. He questions Rohan’s family background. Even when Manveer, who feels bad for Rohan, tries to calm him down, Swami continues to antagonise everyone in the most inappropriate way. His absurd behaviour leads to the contestants wanting to boycott him. Lopa and Bani decide that nobody will talk or listen to him for two days. On the other hand, Manu and Mona discuss the contestants’ partiality towards Rohan pointing out that none of them supported Mona when Swami was nasty to her. In fact, Mona tells this to Gaurav upfront and Gaurav apologises to her. Meanwhile, Bigg Boss summons Swami Om in the confession room and warns him to behave and not use any indecent words against the contestants or their families.

Over the next two days, in the Weekend Ka Vaar episodes, the show host, Salman Khan will be seen reprimanding Om Swami for his behaviour and for turning the house into a war zone. Then, we will have two former contestants, winner Gautam Gulati and Mandana Karimi coming in; pulling up Gaurav for being too image conscious and not letting Bani speak her mind. Mandana also calls him boring. Not liking this one bit, Gaurav gives them back saying, that he will always remain image conscious. And last but not the least, four wild card contestants will enter the house this weekend – Priyanka Jagga (who got immediate recognition with her aggressive ways and was voted out in the first week); German-Russian actor Elena Kazan; supermodel Jason Shah and Bollywood actor Sahil Anand. It will be interesting to watch how these four steal the thunder from the existing contestants. 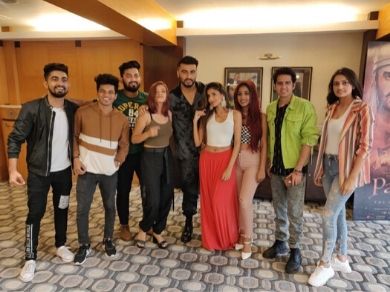