With just couple of weeks left for the finale, this is the only time for the contestants to prove their worth in the game. Bigg Boss woke the contestants up to a new day on the song ‘Aa Dekhe Zara Kisme Kitna Hai Dum’ hinting towards the Kalkothri nominations for the week. The luxury budget task for this week was called ‘Appy Fizz Grab the Fizz’ challenge where the team were divided into two teams, Red and Black. Team Black had Karanvir, Romil and Deepak, and Team Red had Sreesanth, Dipika, Somi and Rohit. The winning team of the task would get a special power that would help them during the Kalkothri nominations.

There was an apple tree set up with Appy Fizz bottles hanging on it in the activity area along with a gaming zone, in the garden area. Two boxes had been designated to each team. The task was divided by three challenges which was to be conducted in the activity area and after winning each challenge the winning team had to pluck one Appy Fizz bottle from the tree and keep it on the box designated to their team. The opponent team could also steal the bottle but could not hide it anywhere. The first challenge was a 'Question and Answer' round where Surbhi asked quirky questions about the game to Dipika and Deepak who represented their team respectively.

In a strong verbal argument that ensued, Dipika declared Karanvir as the worst captain of the season and Deepak accused Romil of losing the plot due to his over-confidence. For Deepak, Dipika is the person who is hiding her real personality and so he called her fake. Dipika called Romil the most negative and egoistic person in the house. Sreesanth lost his cool on Deepak when he called him the most negative person in the house. The Question and Answer session saw a number of fights between the contestants. After the session was over, Dipika’s team won that round.

The second task was to aim and spray where there would be a dodger and shooter, the dodger would wear a helmet with a paper frame on it and the shooter of the opponent team would spray water on it. The one who tore the paper frame first would be the winner of the house. Rohit beat Deepak and Romil beat Somi but Rohit beat Deepak in lesser time.

The third round of the game was paint the wall where Sreesanth and Romil had to paint the wall Blue and Yellow respectively, the one who painted the maximum portion of the wall would win the game. Sreesanth and Romil got into a physical brawl during the task. Dipika defended Sreesanth, who got annoyed as his team lost. Surbhi announced that Dipika’s team Red had won and Karanvir and Deepak had an argument with Surbhi.

Karanvir got upset with Surbhi for being partial. Red team celebrated. Karanvir decided to teach Surbhi a lesson. Deepak also got upset with Rohit for humiliating Karanvir. Surbhi explained her point of view. Karanvir got very emotional with whatever had happened during the task. Somi consoled him. Later there was a surprise for the winning team as they were treated to pizza which they could not share with the team that lost. Though Somi enjoyed the feast she felt bad for her friends, Karanvir and Deepak. 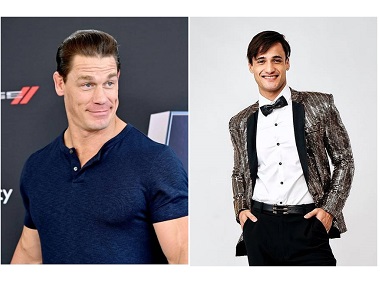