The first look for Sanjay Dutt's upcoming movie Bhoomi has been released and it has piqued our curiosity no end. Directed by Omung Kumar, Bhoomi sees Sanjay Dutt return to the silver screen after his release from Yerawada Jail where he was serving a three year sentence. 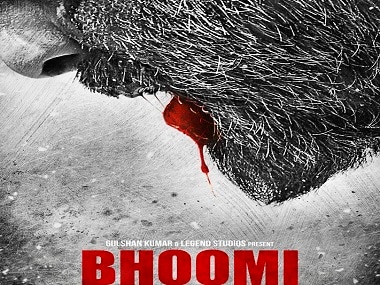 The poster doesn't give us too much, filled with as little detail as possible — just enough to catch the audience's eye.

Sanjay Dutt's beard constitutes 90 percent of the poster space, with a splash of what appears to be red blood smeared across Dutt's lip. Apart from the eye-catching red, the poster has a monochromatic tone, making the blood on Dutt's lip stand out and call the viewer's attention to it.

"I'm thrilled to release the poster of our film. Sanjay has left no stone unturned. Whatever the circumstances were, there is no stopping for his dedication towards his craft. We are positive the audience will see Sanjay as never seen before," said Bhoomi's producer Bhushan Kumar according to a Mid-Day report. The director had told the audience to 'wait and watch' as the poster is just a small teaser.

Bhoomi is touted to be a sensitive revenge drama, packed to the brim with emotions and a lot of action. The movie explores the relationship between a daughter, played by Aditi Rao Hydari, and a father, portrayed by Sanjay Dutt. The movie has been produced by T-Series and Legend Studios.

Dutt was last seen in Rajkumar Hirani's science fiction satire PK  in 2014. Bhoomi is slated for release on 22 September. 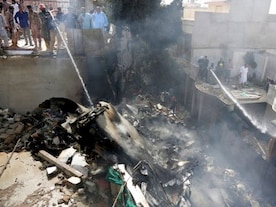