Beyond Ramayan and Mahabharat, old Hindi TV shows that should make a comeback, from Hum Log to Malgudi Days

When Information and Broadcasting Minister Prakash Javadekar announced on Twitter that on public demand, Doordarshan would start the re-telecast of the popular mythology shows from the 80s, Ramayan and Mahabharat, my family Whatsapp group had found a new topic to talk about other than the ongoing coronavirus pandemic.

This opened a can of worms. My grandparents reminded us of how the chants of aarti and the smell of incense sticks used to fill the house when the entire building cramped up in our drawing room to watch the show. My mother spoke about her favorite 90s serial, Tara, which I later found out, was much ahead of its times, underlying the rules of feminism.

Last night, as I ditched Netflix and sat with the family to watch Ramayan, I could hear it all: sniffs, scoff and laughter. On the outside, it was a big, happy family huddled in a living room having their intimate familial moment but close enough, the room reeked of nostalgia; of what it meant to have a TV with just one channel.

As families across the country are gettting accustomed to their quran-binge routine, Firstpost attempts to curate a list of old Hindi shows that we millennials would love to revisit. 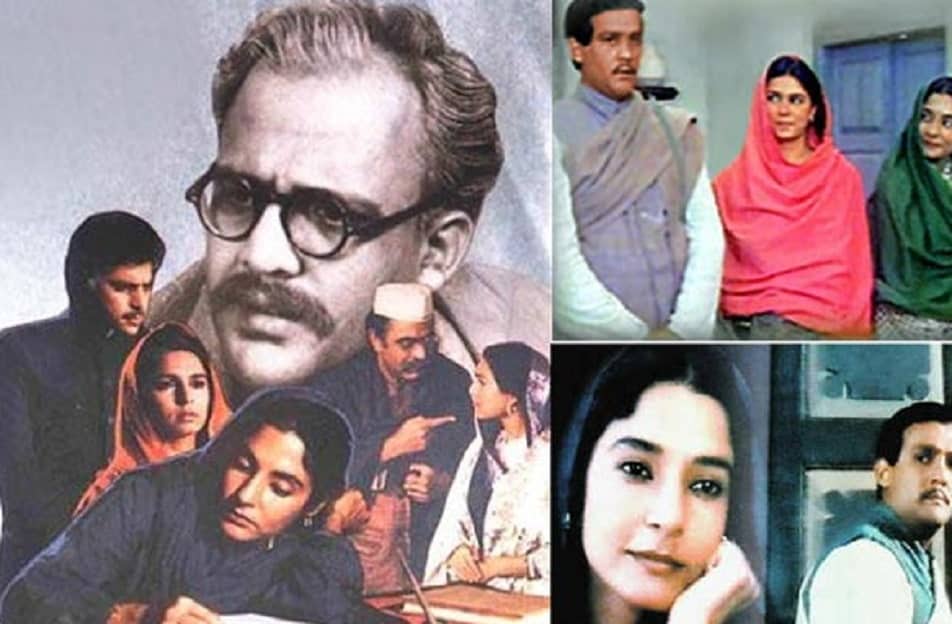 Directed by Ramesh Sippy and written by Manohar Shyam Joshi, Buniyaad dealt with the Partition of India in 1947 and its consequences. The show told the story of a Punjabi family that was affected by the tragedy, and later, dealt with its aftermath over multiple generations. It begins with a young Haveliram (played by Alok Nath), who post a leap on the show, is featured as a middle-aged man with grown-up sons. The show strikingly imitated life, and that was perhaps why it appealed to thousands of viewers, with many finding it relatable due to their experiences during Partition. The concept of a dysfunctional family drama isn't new to Indian entertainment. Billed as India’s first soap opera, Hum Log explored a similar concept. It revolved around the lives of a middle-class family of eight with varying personality quirks, desires, insecurities and frustrations, all crammed under one roof.

Written by Manohar Joshi, the show came at a crucial time for India, when the country was on the brink of many social, technological and economic changes. Perhaps Hum Log found its resonance because the characters were so relatable.

Late actor Jaspal Bhatti's Flop Show was a satire on the socio-cultural struggles faced by the common man back in the day. An affable and generous comedian, Bhatti perfectly embodied the anxieties and preoccupations of the everyman to bring in much needed laughter  withoutbeing crass or derogatory.

Today, when comedians have to measure their words, and stray away from humour that may hurt anyone in power, Bhatti found his forte in political satire with Flop Show. As a millennial living independently trying to make something of life in a city like Bombay, I absolutely enjoy watching Idhar Udhar (also because it has my idol Ratna Pathak Shah). Single people living on their own with flatmates, struggling to find an affordable flat, managing work and life as young twenty-somethings, had made Idhar Udhar incredibly progressive for its time. It also portrayed a lifestyle that, in many ways, was only possible and plausible in a city as cosmopolitan as Bombay.

Two women who are poles apart, Sunita (Ratna Pathak Shah), the air-headed girly girl, and  Poonam (Supriya Pathak), the responsible adult, are handed over the responsibilities of looking after their tenant's house. Hilarity ensues when the two release an ad in the newspaper stating the requirement of a male paying guest so that they are free of all household work. Nukkad dealt with the struggles of the lower income labour class in cities, and starred Dilip Dhawan, Avtar Gill, Pavan Malhotra and Rama Vij in the lead roles. Aziz and Saeed Mirza’s show explored the little-big problems of residents of the nukkad, or street corner, in the backdrop of a rapidly changing world. The multi-faith characters resided in a bumbling Mumbai chawl, and would deal with problems ranging from dispute settlement between neighbours, organising a cricket match to confronting trade unions and sometimes coming to terms with death of loved ones. Set in pre-independence India, RK Narayan’s immortal story Malgudi Days – a celebration of childhood and innocence – found its way to television by the help of Shankar Nag, a Kannada film and theatre stalwart. The book was first published in 1943 and the TV show was made using a few stories from this book in 1986. The stories revolved around Swami and his constant struggle with school, his view of adults around him and his friends with whom he likes to chases paper boats.

Malgudi Days reached the hearts of a million Indians because of its ordinary characters and incidents, and their idyllic ways to find latent mysteries of ordinary human existence. Produced by Jaya Bachchan and directed by Anand Mahendroo, Dekh Bhai Dekh revolves around three generations of the extended Diwan family, who live in an ancestral bungalow in the suburbs of Mumbai. The hit comedy show highlighted the issues faced by a joint family such as sibling rivalry, relationship troubles, business problems, irksome parents and in-laws. Stacked with a stellar cast of Shekhar Suman, Navin Nischol, Farida Jalal, Bhavana Balsavar, Deven Bhojani, and Sushma Seth, the show saw the Diwans overcome all odds and sail through all adversities, albeit in a funny way. The show also featured really cool grandparents, a first for its time. 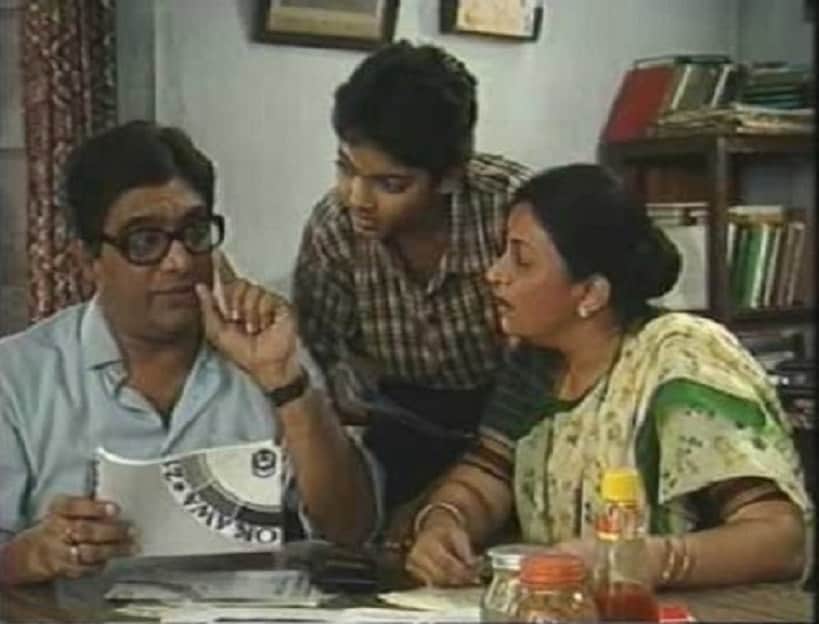 Starring Aanjjan Srivastava as a clerk and Bharati Achrekar as his dutiful wife, the series showcased the everyday struggles of a simpleton | Twitter

Wagle Ki Duniya was conceptualised and written by cartoonist RK Laxman and based on his Common Man creation and directed by Kundan Shah. Our hero Wagle is your everyday common man, so much so that he can be the representative of early 90s middle-class Indian – a simple and unambitious office clerk, living in a modest housing colony apartment. Wagle doesn't try to make you laugh. He is overburdened by the daily grind of urban life, fed up of his son's negligence towards life. However, he never tries to preach to you, and yet you cannot help but cheer over his small triumphs. Fauji marked the debut of superstar Shah Rukh Khan on TV, who played the lead role, Lt. Abhimanyu Rai. Aired in 1989, Fauji showed the struggles of new recruits, who undergo various training to become commandos in the Indian Army. 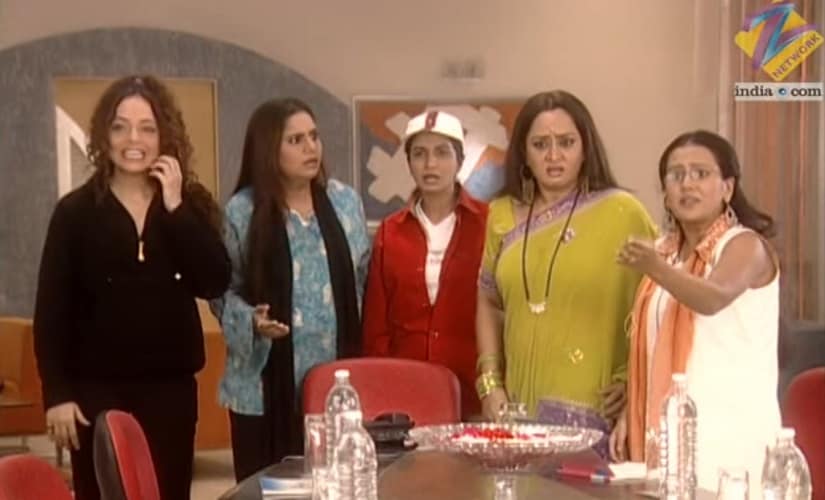 In the times when adarsh bahus ruled the television, Hum Paanch made a grand entry with more than five strong willed and opinionated women and went on to achieve a cult status. The story revolved around a middle class man, Anand Mathur, who kept getting into trouble due to his five daughters, Meenakshi, Radhika, Sweety, Kajal, and Chhoti.

Instead of the portrayal of the ideal Indian daughters, so prevalent in today’s Hindi serials, this assortment of real life girls with flaws, problematic attitudes, and intelligence, whom a lot of us could identify with, was one of the reasons why I loved the serial so much. 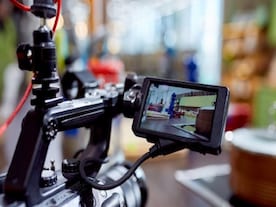