BBC America's new series Seven Worlds, One Planet aims to tell the story of earth’s seven continents, and how they shape the extraordinary animal behaviour and biodiversity we see as today. Narrated by David Attenborough, the seven-part series is shot over four years in 38 countries by a crew of over 1500 people worldwide.

Attached to a background score from Sia and Hans Zimmer, the trailer serves montages of Antarctica ice caps, Asia's dense jungles, and vast stretches of African deserts. The series will also shed light on how warming of the oceans is having a profound effect on the weather patterns. Attenborough's voiceover reveals how the series will delve to find out 'how life developed on each continent, and why the precious diversity is being lost'.

Seven Worlds, One Planet is produced and directed by Jonny Keeling and Scott Alexander. The series is presented by the BBC Studios Natural History Unit. According to Deadline, Seven Worlds, One Planet has shifted its opening episode to one that focuses on Australia in response to the devastating wildfires. The episode will also inform viewers how they can support relief efforts. The Australia episode was filmed before the fires began. Filming locations and species featured in the episode include Eastern Grey Kangaroo, Dingo, Wombat, and Jottus Jumping Spider in New South Wales among others.

In response to the widespread devastation caused by the fires in Australia, @BBCAmerica's upcoming nature series on the seven continents, #SevenWorldsOnePlanet will begin with the “Australia" episode and highlight ways viewers can support relief efforts. https://t.co/88ArXZ7vJ0 pic.twitter.com/n0x98PISCg

Seven Worlds, One Planet is slated to premiere on 20 January.

Watch the full trailer of Seven Worlds One Planet here 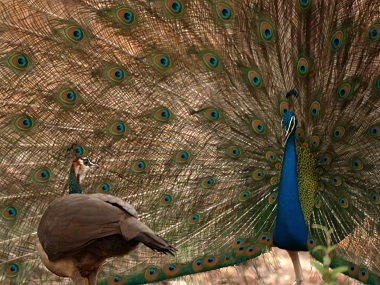