It's here! It's finally here! After lots of teasing, Marvel Studios have finally dropped the trailer for the most anticipated movie of 2018 — Avengers: Infinity War.

The film will find the Avengers join forces with the Guardians of the Galaxy, Doctor Strange, Black Panther and Spider-Man as they take on Thanos, who is trying to collect the Infinity Stones to take over the galaxy.

The trailer begins with shots of Iron Man, Hulk, Doctor Strange and others preparing for the upcoming battlewith a voice-over narration of Nick Fury's old "There was an idea" speech from the first Avengers film. Tony Stark (Robert Downey, Jr), Vision (Paul Bettany), Thor (Chris Hemsworth) and Black Widow (Scarlett Johansson) all contribute in parts in the menacing voice-over. And just like Tom Holland's Spider-Man hair-raising moment in the trailer, there's plenty of goosebump-inducing scenes for the fans with one-on-one and team battles with the Dark Lord. The trailer ends in a pretty cheeky fashion as Thor finds an unlikely group of intergalactic outlaws in his spaceship and wonders, "Who the hell are you guys?" It makes for the perfect comical entrance for the Guardians of the Galaxy.

Anthony and Joe Russo are directing the film, which is produced by Kevin Feige. Louis D'Esposito, Victoria Alonso, Michael Grillo and Stan Lee are the executive producers.

Avengers: Infinity War will be arriving in theaters on 4 May, 2018. 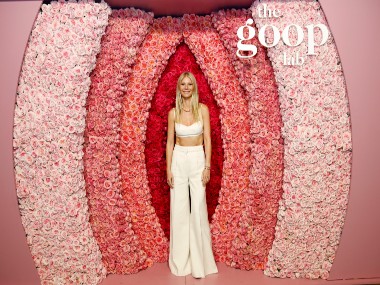 Is there any science behind online show The Goop Lab?