Even before the final chapter in the Marvel Studios’ Superhero franchise Avengers hits cinemas this weekend, the film is smashing records, in true Hulk-style. BookMyShow has witnessed a record advance ticket sale with 1 million tickets sold in just over a day. With this, Avengers: Endgame becomes the fastest film to have sold a million advance tickets on the website.

Fans are doing #WhateverItTakes to get their hands on the tickets, as BookMyShow witnessed a peak of 18 tickets per second, even before the film releases in cinemas on 26 April.

Avengers: Endgame is the 22nd film from the Marvel Cinematic Universe, the latest after Captain Marvel, which released last month. Starring Robert Downey Jr., Chris Evans, Mark Ruffalo, Chris Hemsworth, Scarlett Johansson and Brie Larson, among others, the film will answer multiple questions that arose at the end of Infinity War.

Speaking about the audience reception, Ashish Saksena, COO - Cinemas, BookMyShow, said in a statement, “With just a few days left for Avengers: Endgame to hit the screens, the excitement around it is palpable. The Marvel Cinematic Universe has a massive fan following across the world and over the years, has emerged as one of the most followed movie franchises in India as well. The prequel, Avengers: Infinity War, broke all records and saw the biggest worldwide opening of all times. The concluding part in the franchise - Avengers: Endgame - is creating waves on BookMyShow before its release, with over a million tickets already sold, and we expect the film to break more records as cinemas continue to open the advance bookings.”

“Avengers: Endgame is not just a movie, it’s an epic culmination of a decade long journey which the fans have taken with us across 22 films of the Marvel Cinematic Universe. The phenomenal interest shown by audiences across the country, is testament of how this is one of the most anticipated movie for the fans and we can’t wait for them to watch it. Partnering with BookMyShow has enabled us to reach out to cinema-lovers across the country with their incisive data and analytics gathered from millions of its users,” said Bikram Duggal, Head - Studio Entertainment, Disney India in a statement.

To offer Marvel fans the best experience around the final chapter in the Avengers’ franchise, BookMyShow has released specially curated videos around the film, available on the app and website. The entertainment destination will also reward users with attractive offers and discounts along with its payment partners offering ₹150 off on tickets booked via Amazon Pay.

Avengers: Endgame releases in cinemas on 26 April, 2019 in English, Hindi, Tamil and Telugu. 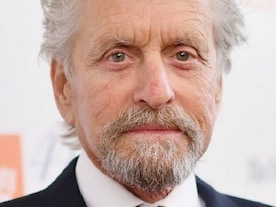