The defamation suit follows Hariharan's claims that Arjun behaved with her inappropriately during the shooting of a song sequence in a particular movie. Arjun's manager had also filed a complaint with the cyber crime police a few hours before the suit, alleging that the actor's social media accounts had been hacked.

Hariharan, in a Facebook post dated 20 October claimed that Arjun had pulled her close and run his hand on her back without her consent.  The actors were cast as a married couple, and had to shoot a romantic scene, which required them to hug. The actor had allegedly even gone on to suggest to the director that the scene be used as 'foreplay' in the romantic sequence.

As Hariharan's post was widely read and shared, the film's director Arun Vaidyanathan also issued a statement on Facebook. He said that he was close friends with both actors and was disheartened to read Sruthi's post. He further claimed that the romantic scene in question had been scripted to be a lot more physically intimate initially, but Sarja had asked for it to be toned down as 'it was uncomfortable for a father of two teenage girls' to enact such sequences.

Arjun Sarja denied the allegations raised by Hariharan in an interview with a TV channel. "The allegations being levelled against me are entirely baseless. I am shocked to hear such false allegations," he said. 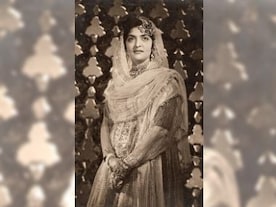