Part 2 of the cropped pic. What kept me busy and missing in action. Pic by @shrutitejwaniphotography

Udita Goswami and director Mohit Suri welcomed their second child — a baby boy — on 21 November. Udita posted a few pictures from her maternity shoot on her Instagram.

Anushka Sharma and cricketer Virat Kohli appeared together in a new Manyavar ad, a follow up of the first one which released in 2017. The advertisement shows them attending a wedding as a married couple who warn the would-be couple about the cons of a married life and realising that it is the little things that count. Sharma and Kohli tied the knot last year on 11 December in Italy.

Sabyasachi clarifies that Deepika's wedding saree not designed by him

Sabyasachi has clarified on social media that Deepika Padukone's sari for her wedding with actor Ranveer Singh, was given to him by the actress's mother Ujjala Padukone. He had previously claimed that the red and gold sari for Deepika's Konkani style wedding at the picturesque Lake Como in Italy was designed by the couturier himself. Ariana Grande hints at music video for 'Thank U, Next'

well technically u haven’t seen a teaser yet and i’ve spilled way too much already 🖤 but it’ll be worth the wait i promise https://t.co/vfNnlDsBJb

trust me. same. i kept saying the whole shoot ‘welp it’s all downhill from here’ lmao.... we’ve never had as much fun ever. and my friends? and hannah? and her crew....... are incredible. https://t.co/pgRlwjr0hL — Ariana Grande (@ArianaGrande) November 20, 2018

super different from the rest but i think for many reasons this will probably be my favorite video i’ll ever do https://t.co/K7RerM42tD

Ariana Grande hinted at a music video for her newest single 'Thank U,Next' on social media. Fans speculated that the video will have all iconic female characters after Grande shared a series of images of herseld as Regina George from Mean Girls and Elle Woods from Legally Blonde, writes Billboard. In a Twitter interaction, the pop-star said that she had already shared too much but the video would be worth the wait. 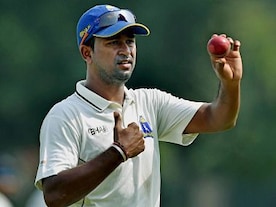