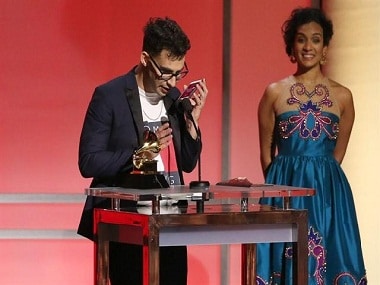 Anoushka, 34, was nominated in the Best World Music Album category for her solo album 'Home', a pure Indian classical album. A tribute to her late father Ravi Shankar, the song featured two ragas.

Anoushka, who was nominated in the category for the fifth time, lost it out to Angelique Kidjo for "Sings".

The Indian sitarist appeared in great spirits as she took to present at the Grammy stage in a blue Manish Arora dress.

And I didn't even say anyone's names wrong! Such an honour to be part of this day https://t.co/zv1HYRxVZI

Now I can finally say a big thank you to my dear friend @manisharorafashion for making me this absolutely... https://t.co/9cNAcj2XCK

Kapadia's Grammy win comes close to the heels of his triumph at the Bafta awards recently. The 44-year-old director's documentary on late singer Amy Winehouse is also nominated at the Oscars. 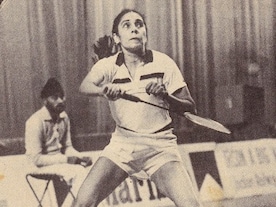 Past Masters of Indian Badminton: Ami Ghia, the wonder woman who punched above her weight