Andreas Dresen's Gundermann eulogises its protagonist, but uses his guilt to propel an uneven screenplay

While watching Andreas Dresen's Gundermann at the recently concluded 25th Kolkata International Film Festival, I found that I often had to remind myself that the film, in fact, isn't a documentary on the "Springsteen of the East". For starters, with Alexander Scheer looking every inch like Gerhard Gundermann himself, the biopic of the East German singer-songwriter — who was an open-pit mine excavator by the day — seems to lend it a credibility that is at once its strength and shortcoming. But more on that later.

To begin with, the central conflict of the film lies not in Gundermann's aforementioned dual identity, but in his playing spy for the German Democratic Republic's secret police service, Stasi. It was a clever political device employed by the then regime, distracting fertile minds by channelling their energies into doing the state's dubious work. The film shifts gears between two decades, beginning with its more recent narrative in 1992, with alternating flashbacks from the 1970s — the years that saw Gerhard come into his own as Gundermann the artiste, writing songs as his fingers turned the colour of ash he dug up every day. 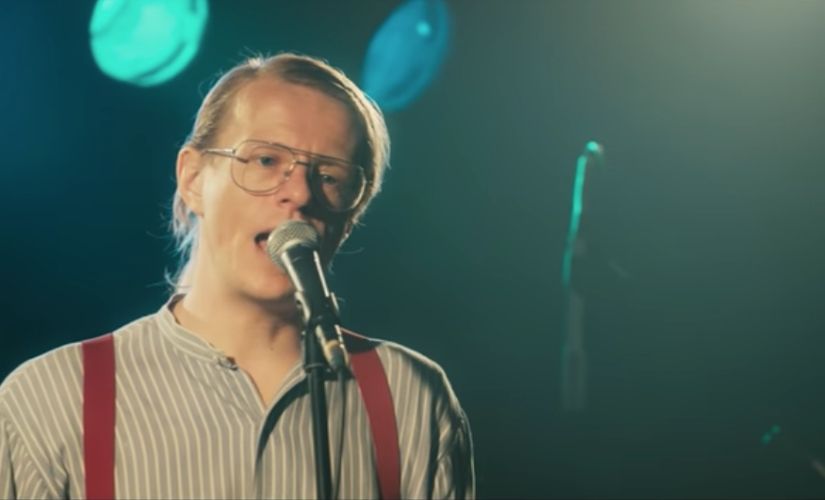 While the screenplay struggles to visually establish the two distinct decades, which it depicts through a token change of spectacle frames and costumes for the characters (who barely seem to age), it surprisingly manages to successfully establish Gerhard 'Gundi' Gundermann as both its hero and anti-hero.

The man's a Marxist hardliner, who was later expelled from the party for questioning its ambiguous policies on mine safety. Scheer brings an almost childlike naiveté to the performance, that helps make his case as an unlikely Stasi spy putting innocent lives on the line. The script deftly juxtaposes moments of Gundermann's fatal lapse of judgment with revelations that almost immediately absolve him of his guilt.

For instance, in an unwittingly comical scene, Gundermann confesses to a friend of having spied on him, only to discover that the same man had been keeping an eye on him the entire time. Notwithstanding its veracity beyond its cinematic dramatisation, the episode unveils the horrors of a state under surveillance — one that ordered the construction of the Berlin Wall, thereby revealing the lack of agency attributed to the people living in its shadows. A biopic barely ever pretends to be anything besides an eulogy of its subject, and Gundermann is no exception. While this genre's tendency to self-actualise follows its inherent trappings of self-attested standards of morality that is catered to make a hero out of its protagonists, this film achieves it rather unselfconsciously. It makes you root for Gundi, sure, but not before it's made you question his motivations behind behaving dispassionately towards the people he seemingly rallies for.

When the journalist, Irene (played by Kathrin Angerer), comes charging at Gundermann with his offenders' file — a record of all the information he had gathered on the individuals he had spied on for the Stasi — and shoves it at him in front of a crestfallen, horrified Conny, his wife (played by Anna Unterberger), the screen is charged with a tangible rage. This rage, however, is a fixture through the film, besides being a synecdoche for the prevailing sentiment towards East Germany. It underlines every scene that introduces a character whose life may have been irreversibly altered by Gundermann's actions, as he goes around, almost hypocritically, singing songs on freedom.

Considering his tall claims of being a man of principles, Dresen holds his protagonist accountable for his incongruous actions, before acquitting him of his charges. Much like the confrontation sequence with Irene, the scenes where Gundermann breaks the news of his Stasi connections to his bandmates and audience are wrought with an electric pathos. The tension is palpable, and so is the subsequent relief of an unburdened conscience. But the lead's uncanny physical resemblance to the character he plays looms large over the film — a Catch 22 for biopics that they, more often than not, find difficult to navigate. What degree of likeness is enough likeness, but not caricaturish, or overbearing on other aspects of the film? While the jury is still out on that one, Gundermann limits its visual grammar to only making Scheer a spitting image of the man himself. As a result, the rest of the film struggles to fill this glaring technical gap through a screenplay that indulges in overcompensatory padding with stellar acts by the supporting cast, who end up looking unimpressively generic and unidimensional. They are thrust to the fore by the sheer force of their performances, while doubling up as crutches for the lead, with added help from the film's soundtrack that uses Gundermann's original compositions.

After the fall of the Berlin Wall in 1991, Gundermann began opening for the likes of Bob Dylan and Joan Baez at concerts, travelling farther than he'd ever done before. He openly acknowledged Springsteen's influence on his work and life, being a one-of-a-kind, blue-collar artiste — the likes of which Springsteen wrote and sang about.

For Dresen's Gundermann, the optics are mostly in his favour. But what really holds the film together is his guilt, a near-perfect metaphor for present-day Germany that wears its historic shame on its sleeve.