Amy review: Poignant portrait of Amy Winehouse's talent, an elegy to the songs we could have had

Scenes of studio recordings bookend Asif Kapadia's documentary about Amy Winehouse, titled Amy. At the start, in what is probably one her first sessions inside a recording studio booth, Winehouse appears on camera sans make-up and completely unselfconscious, displaying an effortless, prodigious talent that belie her teenage years.

Towards the end of Amy, we see her inside Abbey Road Studios, singing a duet with with one of her idols, Tony Bennett. She's nervous and fidgety, stopping midway and requesting multiple takes. Even if you didn't know what transpired in the years between these two studio sessions, just those two scenes show you the transformation Winehouse underwent as she went from a talented teenager to a musical icon in a few, dizzying years.

Amy is a chronological document of the British singer who was in the tabloids as often as she was in the charts. Winehouse possessed remarkable talent. She was able to leave a lasting impact with just two studio albums. Her breakthrough sophomore release Back To Black is widely considered one of the best records of recent times. Among those rare albums to appeal to both the critics and the masses, it won her five Grammy awards and became the third best-selling album of the past decade in the UK. A fan of jazz and soul legends like Sarah Vaughan, Winehouse had the ability to recreate the rich sound of her influences. But she was far more than a facsimile. Her songs were infused with an authenticity and pathos that didn't just stand out from most commercial music — their seamless blend of vintage soul and contemporary production made them modern-day classics.

Kapadia's documentary introduces us to Winehouse as a seemingly regular, North London girl who has a big voice and a personality to match; who seems destined for success, but almost doomed to fame. "I don't think I could handle it, being famous," says Winehouse in an early interview that Kapadia uses in his film. The line sounds ominous when heard now, four years after her sudden death in 2011.

Kapadia has gathered a vast amount of material to piece together his cinematic portrait of Winehouse. There's footage from concerts, home videos, paparazzi photos, voice mails left to friends and even what looks like a camera phone clip of an infamous June 2011 non-performance in Belgrade. Apart from archival recordings and videos of interviews with Winehouse, Kapadia talks to friends, family members, managers, band mates, music producers, record company executives, doctors and Winehouse's bodyguard, Andrew Morris, who the film seems to suggest was able to fleetingly play the role of the caring father figure Winehouse had longed for in her life.

Winehouse's own father, Mitch, has disowned the documentary and it isn't surprising. He comes off as notoriously opportunistic and fits the blueprint of the greedy celebrity father who put his child's career over her well-being. Kapadia also suggests Winehouse's parents' separation and a longstanding affair her father had, were at the root of Winehouse's adolescent depression, which she conquered through her love for making music, and her tempestuous attraction to her ex-husband, Blake Civil. Civil proved to be as much of an addiction as the hard drugs he would introduce her to, and appears to have been immortalised in songs like Love is a Losing Game.

But most of us have read about or heard all this, given how extensively Winehouse's dramatic personal life was covered by the press right until her death from alcohol poisoning in July 2011. If at all we learn something new about her, it's in the first half, when we see that she was as gifted a songwriter as she was a singer. Even while she lived every song she wrote - and her songs weren't about happy times - she had a sharp sense of humour that would eventually be overshadowed by all those images of her stumbling home in a drug-addled state.

For Winehouse fans, the highlight of the documentary are the performances — at recording studios, pubs, TV shows, music festivals, and award ceremonies. As you watch her in form, you start hoping that maybe music could have saved her again, the way it did when she was a teenager. If only she had the got the chance to go back and find that blissful space where she's creating songs. "All I'm good for is making tunes," she tells a TV interviewer shortly after the release of her well-received debut album, Frank.

Success, alas, was not one of her opiates. Though she managed to stay clean when she was making albums, she didn't get her high from performing to thousands of fans. One of the most poignant segments centres around Winehouse's famous sweep of the 2008 Grammys, which she couldn't attend in person because her visa to the US was denied. She looks genuinely surprised at her win for Record of the Year, but later tells a childhood friend that it all felt "boring without drugs".

Kapadia seems to say that Winehouse never got a real opportunity to get better. When she retreated to St. Lucia to recover and called her on dad, he arrived with a TV camera crew. Earlier, she's seen being escorted into a rehab centre while followed by the flashes of surrounding cameramen. Her first manager Nick Shymansky says the intervention staged after the first time she overdosed on drugs, was her great, big missed opportunity for recovery because she wasn't yet being hounded by the paparazzi. Her parents say that she was too hard to control. Her friends counter that she needed somebody who would just stop her and just say "no".

This is where Amy enters murky territory. Overcoming an addiction is a complex, intricate, elongated process. There are countless examples of celebrities who've both succumbed to and triumphed over their addictions. There is no one size fits all. But what's most damning to us as an audience is Kapadia's declaration that one of his aims is for people to see Winehouse as a "human being" and not the caricature she became.

The hope then is that we will leave the cinema with more than just Rehab, Back To Black or Valerie playing in our heads, but with a few questions about the cult of celebrity that permeates our daily lives at a level higher than ever before. You and I both know that we've laughed at an Amy Winehouse joke, once a favourite fallback for many a TV talk show host. That doesn't make us villains. But we should also know that the so-called club in which Winehouse found herself is not one to aspire to. Amy is as much a celebration of the songs we loved as it is a mourning for the songs we could have had.

Amit Gurbaxani is a journalist, a music critic and one of the founding editors of The Daily Pao. 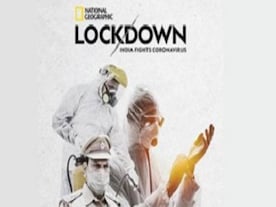