Ali Fazal on Victoria & Abdul: 'Their relationship was more spiritual, intellectual than romantic'

Ahead of his first major Hollywood release, Stephen Frears' period drama Victoria & Abdul, Bollywood actor Ali Fazal talked about his transition from a cameo in James Wan's 2015 action film Furious 7 to this breakthrough. 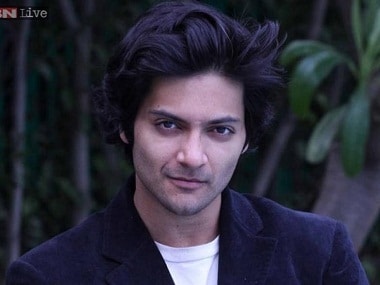 In an interview with Rajeev Masand, Fazal said it was his first visit to London when the makers invited him for an advanced level of audition for the film. "I have traveled but it was my first visit to London. Then, during the shoot, to be in a palace and meet the royalty, in this case Judi Dench (veteran British actress and his co-star in the film), was just surreal."

Recalling his shooting days with Dench, he revealed that the thespian is in fact a 16 year old at heart. "She is just the sweetest person, the most loved person in England. There was a time when she cornered me and whispered, 'How well do you know your Shakespeare?'. I blurted out names of the three plays I knew and said, 'I do not but I will.' And she responded by saying, 'You must know your Shakespeare.'"

Victoria and Abdul is set in India's colonial era and revolves around the relationship shared by then-British monarch, Queen Victoria (played by Dench), and her Indian attendant Abdul (played by Fazal). While Fazal is of the opinion that the film does not gloss over a painful chapter in India's history, he is more concerned about how the Indian audience will perceive the nuances in the relationship shared by Victoria and Fazal, a part of history that had been conveniently brushed away by both sides.

"I think more than romantic, the relationship shared between Abdul and Victoria was spiritual. They intellectually stimulated each other which I find is the most fascinating aspect of their relationship, and also of the film. There is a beautiful scene in which they teach each other English and Urdu. That just sealed the deal for me," said Fazal.