Alexander Zolotukhin’s A Russian Youth, set during WWI and now on Mubi, is a perfect contrast to Sam Mendes’ 1917

After a century of cinema, when nearly every genre has been twisted in every possible direction, it’s inevitable that filmmakers seek refuge in experiments. If the “World War I movie” is a genre (okay, a sub-genre of the “war movie”, which is a sub-genre of the “action/adventure”), then Sam Mendes said, “Why not try and make 1917 look like the whole thing is one seamless shot!” Alexander Zolotukhin’s “gimmick”, if you will, is even more audacious, far more formal.

In A Russian Youth, he tells the story of… a Russian youth named Aleksey, who joins the army because he wants to “shoot some Germans”. He looks at a well-decorated officer’s medals and asks, “How many Germans should I kill to get one of those?” The next instant, a flare goes off in a distance and the ball of fire arcs towards the group of soldiers Aleksey is with. The youth — he’s a boy, really, a scrawny twig of a boy — is terrified. He dives into the bushes, while the more experienced men laugh.

A still from A Russian Youth

If you’re thinking of a “classical” narrative, there are many ways this story could go. (a) Aleksey will become the eyes of the audience as we are exposed to the horrors of war. (b) Aleksey’s experiences will transform him from boy to man. (c) Everyone else is injured and Aleksey is reluctantly entrusted with a mission, and we will wait to see if he can pull it off.

Zolotukhin’s approach is (d) none of the above. He is not interested in “plot”. (He studied under Alexander Sokurov, if that helps.) What we get is a series of incidents woven around Aleksey, but the most fascinating aspect of the film is the parallel narrative set in the present day. Here, we see conductor Mikhail Golikov taking the Tavrichesky Symphony Orchestra through The Piano Concerto in D Minor, Op. 30 (1909) and The Symphonic Dances, Op. 45 (1940), by Sergei Rachmaninoff. (There may be a reason this composer was chosen: perhaps because he was Russian, or more specifically, because his job as a government servant prevented him from joining the army during WWI. It’s perhaps an additional layer of meta.)

As the film keeps cutting back and forth between the two narratives, set about a century apart, I wondered: Is Golikov conducting the score for Aleksey’s story? You could certainly make the case that some director has shot a film about “a Russian youth” named Aleksey, and we are watching that film as Golikov and his orchestra supply music for its various scenes. While large portions of A Russian Youth have no music (any good composer knows better than to fill a film with a wall-to-wall score), consider the portion where the band of soldiers stops at a point.

This is near the trench they will be stationed at, and the commander doesn’t want his beloved horse to go any further. The grumbling soldiers, thus, are forced to remove their weapons from the cart and carry them by hand the rest of the way. At this point, we hear (though we don’t see) Golikov: “The horns should express resistance.” Or take the scene where two men struggle to position a very heavy cannon. At the end of the effort, one of them plops on the sandy ridge on which the cannon’s base now rests. He’s exhausted, winded. We hear Golikov: “The horns always have three notes to play, but I occasionally hear only two notes — as if someone’s having a break. Are you tired already?”

So yes, there are parallels in the two narratives that suggest a film being scored. But it could also be that Golikov and his orchestra are simply rehearsing the Rachmaninoff pieces, with no connection to Aleksey’s story. Seen this way, the two narratives of A Russian Youth become a juxtaposition of “cinema” and “music”, visuals and sound, what we “see” versus what we “hear”. The captain in one narrative, the one issuing commands, is the equivalent of the conductor in the other narrative. The troops are the equivalent of the instrumentalists, who have to be marshalled into a single cohesive “unit”. Every time Golikov says “Let’s start once again,” it’s the equivalent of a director saying “Let’s go for another take”.

A still from A Russian Youth

This kind of formalism is much more interesting — and much “purer”, in a manner of speaking — than the “one-take experiment” in 1917. The latter makes you go “cool” and “wow”, but at least for me, the film remained emotionally distant — and that is the opposite of what a classical narrative goes for. That kind of storytelling is meant to draw you in. A Russian Youth is “emotionally distant”, too. It keeps you at an arm’s length. But here, this is not a “failure” because the film can function no other way when the orchestra’s story is constantly “alienating” you from Aleksey’s story.

Even when Aleksey goes blind from a gas attack, even as he runs his hands haltingly over the bandages over his eyes, we hear: “What happened to the bassoon? Play the fifth bar for me.” Soon, we cut to another pair of hands, the pianist’s — and behind him, we see fuzzy outlines of other players. The camera’s focus makes it look like the background has been “blinded”. Also, the narrative with the orchestra — the “hearing’ part — comes into sharper focus, because what can a blind man do but... listen!

Amidst these experiments, A Russian Youth does offer the traditional pleasures of cinema: the things we “see”, like the set pieces and the production design and the cinematography. The trenches don’t look like a set awaiting a swooping camera that will capture it in all its glory. They look lived in, and the life there is captured in mid-level shots — it’s like how we would “see” the people in these trenches if we were beside them. And the cinematography, with gently suffused light, is beautiful. It looks like grainy 8mm footage that’s been captured with watercolours.

There’s some emotion, too. At the end, there’s a scene that moved me terribly. Aleksey meets a German soldier who’s roughly the same age. A classical narrative would make sure you got the “meaning” behind the scene, the why behind its existence in the movie. Here, I felt it, but I couldn’t fully articulate it. It’s fuzzy. You grope for “meaning” like a blind man, like Aleksey. You don’t just identify with the protagonist. In a way, you become him. 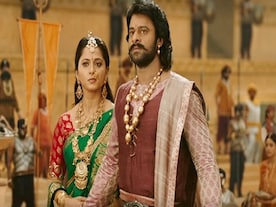