Akshay Kumar to have no lady love in next film

Mumbai: For the first time in his 21-year long acting career, actor Akshay Kumar will have no leading lady to romance on screen in his upcoming film, a south remake. 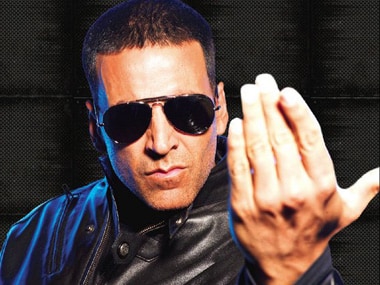 The movie is a remake of Malayalam film 'Pokkiri Raja' and will be directed by Anthony D'Souza, who made Akshay Kumar starrer flop film 'Blue'. The 2010 Malayalam film featured Mammooty, Prithviraj and Shriya Sharan in the lead. The Hindi version, either to be titled 'Naam Hai Boss' or 'Boss' and will see Akshay stepping into the shoes of Mammooty.

"It is for the first time that there will be no heroine opposite Akshay Kumar in the film. He is playing the role of Mammooty. But there will be two young newcomers - one hero and heroine," sources close to the project told PTI.

Actor Mithun Chakraborty has also been roped in for the project, sources added. The writers of the Hindi version, Sajid-Farhad, are all charged up for the project. "We are writing the screenplay and dialogues for this film. The basic plot...soul of this movie remains more or less same. But we will definitely make a lot of changes considering the presence of Akshay and the audience," Sajid-Farhad said. The shooting of the film will commence this month or September and it will release next year.