Ahead of Puli release, I-T sleuths raid Vijay's home: 4 blockbusters of the actor which faced controversy

A day before the release of Tamil film Puli, Income Tax sleuths in Chennai raided the homes and offices of actors Vijay, Nayanthara, Samantha and several others. According to this report in The Hindu, around 35 places were searched by the I-T officials on Wednesday morning.

This is not the first time that the film star from down South, Vijay, has been mired in controversy before his major release. The actor, who is also widely known for his strong political stand and his long-standing enmity with Tamil Nadu Chief Minister J Jayalalithaa, has faced issues with his other films in the past.

Here's a look at a few films starring Vijay that courted controversy recently: 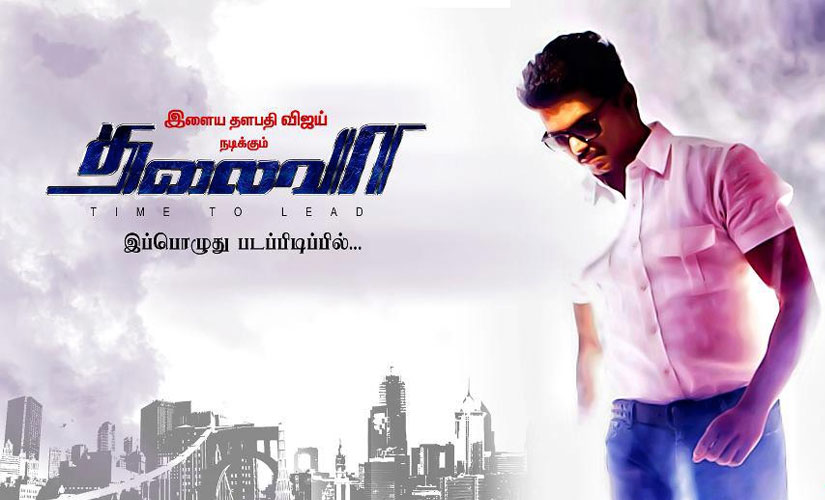 Thalaivaa was not as big a hit as Thuppaki or Kaththi, but it was reported on widely given the political undercurrents that were in play during the controversy. So, the Tamil Nadu government in 2013 had stalled the release of Thalaivaa ostensibly due to bomb threats from a virtually-unknown outfit, the Oppressed Students' Forum.

Reportedly, industry insiders said that the Jayalalithaa-led government's rejection of the producers' application for exemption from entertainment tax was the reason. The tax burden may have led to a considerable cut in earnings and is more often than not key to the financial success of blockbusters.

Prior to the release of Thalaivaa, according to The Times of India, Vijay and his father could have sent wrong signal to the state government in a few public statements. Keeping in mind that the father-son duo have nursed political ambitions since 2009 "when Vijay had met Rahul Gandhi and expressed keenness to join Congress," Vijay's father has hardly been shy of airing his political views and unveiling plans for his son. Like G Pramod Kumar noted in this article in Firstpost, "Both Vijay fans and the Tamil film industry are clueless as to what could have happened to the actor’s apparent political support. He was clearly in the AIADMK camp and thought to have enjoyed the sympathy of its leadership. But when he needed support, it looked the other way." 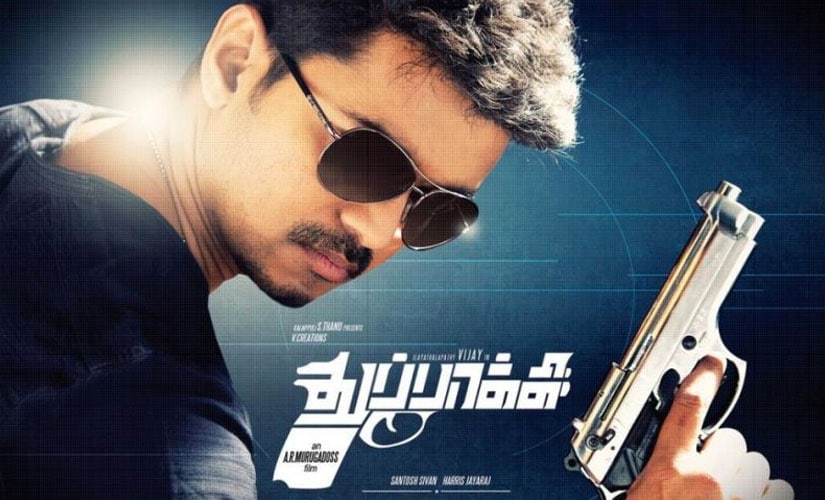 This film landed in controversy soon after it hit the screens, as activists from Muslim groups tried to picket the actor's Chennai residence to condemn the portrayal of Muslims as terrorists.

Thuppaki earlier hit the headlines over copyright issues with the team of Kalla Thuppakki, which later withdrew its case. Moreover, a promotion poster of the movie showing Vijay shirtless and smoking a cigar had irked anti-tobacco activists. 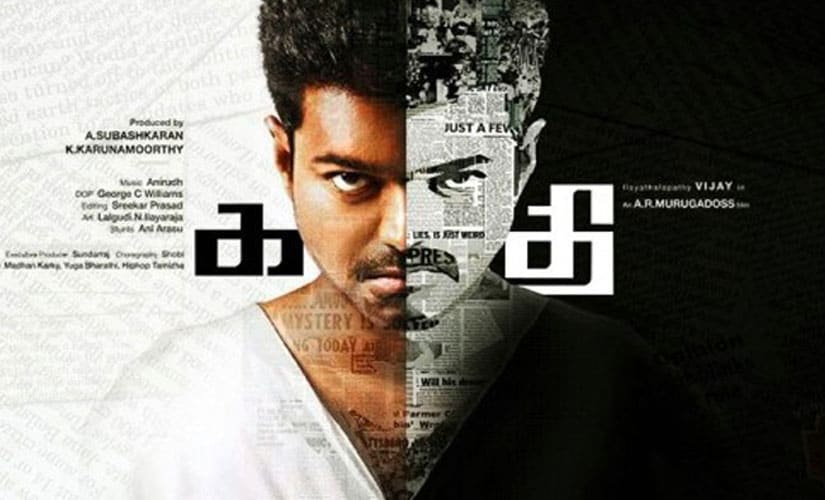 Kaththi opened to mostly positive criticism at the box office but the film also got its share of controversy. The 41-second first-look motion poster the film drew comparisons with the popular minute-long advertisement campaign run by a Turkish newspaper, Daily Sabah, to announce their distribution of the New York Times as a supplement.

The original advertisement features iconic images of the cities of New York and Istanbul, designed using news articles and headlines from the newspaper to show the two cities in the form of newspaper clippings. The motion poster of the film showed prominent places in Chennai and the entire city itself in the form of newspaper clippings and headlines, just like the advertisement campaign, without an acknowledgement to the makers of the original.

According to reports, Minjur Gopi filed a case against Murugadoss, claiming that the plot of the film was copied from his novel Mootha Kudi. Responding to Gopi, Murugadoss said that he was neither aware of Minjur, nor that his story was a copy, further citing the allegation as a tactic by the plaintiff to garner free publicity. He, in turn, requested the court to dismiss the petition. In late September 2014, the court declared the case in Murugadoss' favour citing lack of proper evidence found against him. Puli, a big-budget fantasy drama, is believed to be the most expensive film in Vijay's career. The film has been making headlines as Sridevi will be seen in a negative role. But early on Wednesday (30 September) Income Tax officials raided homes and offices of of  actors Vijay, Nayanthara, Samantha and several others. According to the report in The Hindu, around 35 places were searched by the I-T officials.

"The raids were conducted following reports that some investment made in 'Puli' is unaccounted for," a source told IANS.

The houses, offices and other properties of the three leading actors were searched simultaneously by Income tax officials. The searches were conducted at Nayanthara's home in Kochi as well as her ancestral home in Thiruvalla in central Kerala, besides Chennai.