For someone who has implanted the flag of a New India’s entrepreneurial prowess on the world stage, NR Narayana Murthy speaks with endearing understatement, almost sotto voce.

Yet, every once in a while, as someone who has transcended many barriers - including, most importantly, the barriers of the mind – Narayana Murthy speaks his mind candidly and holds up a mirror to Indians to reflect on our failings, in the hope that we can aspire to be better than we are.

Over the weekend, the software guru offered yet more sagely counsel on many things: he suggested that India’s young lacked in inspirational role models, and were therefore seeing a disquieting disorientation of their moral compass. The Censor Board reckons that adults in India aren't adult enough. Reuters

Indians, he added, are also perhaps becoming the world’s most “thin-skinned” people. We’re easily offended - and see “insults” where none was intended, and we think that there’s a conspiracy to make India look bad, when such indeed is clearly not the case.

Narayana Murthy’s point about India’s excessive prickliness is illustrated in graphic measure by two recent episodes – in which the Indian state intervened, first, to protest against Top Gear’s India special and, subsequently, against comedian Jay Leno’s use of an image of the Golden Temple in a brief comedic section.

Both cases represented over-the-top responses to what were clearly satirical delineations; in the final analysis, India’s image is dented far less by such depictions as by its government’s huffing and puffing to beat back imagined slights.

Just as damaging to India’s image is its rapid regression into a nanny state, where the government is, with increasing stridency, working overtime, ostensibly to shield Indian sensibilities from the many ‘morally degrading influences’ that, it reckons, are calculated to cause them grievous injury.

That ‘nanny state’ mentality is reflected in the ongoing energetic effort by the government to get social media platforms to pre-screen content – or face China- grade censorship. It is also reflected in the readiness with which the government resorts to wilful bans on books – and goes out of its way to spin elaborate yarns to keep authors from turning up at literary festivals for fear of offending Muslim sensibilities ahead of crucial state elections.

But just as surely, it is reflected in the film Censor Board’s latest move to not clear the psychological thriller film The Girl With the Dragon Tattoo on the ground that it is unsuitable for public viewing in its unaltered form.

Evidently, the Censor Board, the guardians of public morality, wanted deletion of some scenes in the film that depicted explicit sex, rape and torture. The director, David Fincher, did not wish to comply on the ground that deletion would compromise with the artistic integrity of the film, and so Sony Pictures said it would not release the film in India on 10 February as scheduled.

It isn’t, of course, the end of the world if The Girl… doesn’t release in India . In the final analysis, it’s only a film – and the fact that you don’t get to see it isn’t going to matter one whit one way or another. There are other matters of graver importance that are wrong with India that deserve our attention.

But the message that the episode sends out – taken with the other recent episodes of excessive intervention by the ‘nanny state’ – is that the government doesn’t consider you adult enough to watch a film with explicit depictions of sex and that you need to be shielded from its perception of what constitutes cultural depravity.

In any case, watching a film is a contract between ‘consenting adults’: if you reckon that depictions of explicit or violent sex offend your sensibilities, you don’t have to pay good money to watch the film. It’s hard to make the case that you need a ‘nanny state’ to protect your sensibilities.

Technology, and the possibilities of securing movies on demand on the Internet, are demolishing the walls that censors erect. And as the experience with Inshallah Kashmir reveals, there are ways for propagandist films to reach their audience by circumventing the Censor Board, which is increasingly at risk of becoming irrelevant.

Clearly, if anything, it’s the self-righteous and excessively prickly officials at the Censor Board and the mandarins of the nanny state who need to grow up and behave like adults. 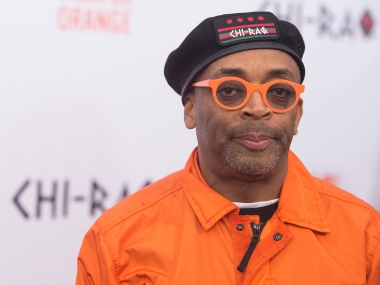