So the world has rediscovered Rajesh Khanna, or so it seems.

Around 1pm today, I was at Mumbai's Rhythm House, the only decent music shop to survive in Mumbai, after the onslaught of MP3s and what not.
As soon as I entered the shop I heard Kishore Kumar singing “Zindagi ke safar main guzar jaate hain jo makam, wo phir nahi aate”.  For the half an hour I was at Rhythm House, only Rajesh Khanna-Kishore Kumar songs were played. Rhythm House has also created a special shelf where all the Rajesh Khanna audio CDs, VCDs and DVDs have been separately put up.

“Aaj subah sab se kewal Rajesh Khanna hi bick raha hai,” a shop attendant told me as I paid for my purchases ( I wasn’t buying Rajesh Khanna by the way. I have all of him that is necessary). News channels have been broadcasting songs, trivia, interviews and even a documentary in remembrance of India’s first Superstar.
A television channel has advertised on the front pages of a Mumbai daily that it shall be showing Kati Patang and Anand in the evening today (as you read this Kati Patang has probably started and Anand plays at 9 pm).

Kati Patang is clearly a movie of the late sixties and the early seventies with a rather predictable storyline. But the Rajesh Khanna movie that has stood the test of time is Hrishkesh Mukherjee’s Anand. A story of a character called Anand who is dying of cancer but who does not give up his zest for life, even though he knows that he has a very short time to live.

Mukherjee, who also wrote the story, originally wanted Shashi Kapoor for the film. But Shashi Kapoor had just tasted success with Jab Jab Phool Khile and was probably more interested in doing romantic roles than in one where his character died in the end.

Then Raj Kapoor, Shashi’s elder brother, and a great buddy of Mukherjee, came into the picture. The trouble was Mukherjee was superstitious about letting Raj Kapoor die on screen. Kapoor and Mukherjee were great friends and Kapoor referred to Mukherjee as babumoshai

Being the cranky genius that he was Kishore Kumar landed up on the sets with his head and moustache half shaved and apparently told Mukheree that “Aadhe paise mein aadha Kishore hi milega!”

After this Rajesh Khanna got the role of Anand. In fact, it is said that Mukherjee also considered Bengali matinee idols Uttam Kumar and Soumitra Chatterjee for the roles of Anand and Dr Bhaskar Banerjee.

The role of Dr Bhaskar Banerjee eventually went to Amitabh Bachchan. As IMDB points out, “Mehmood advised Amitabh Bachchan to grab a secondary role alongside the then heart-throb Rajesh Khanna in the film, saying, "All you need to do is feed off Khanna, the rest will take care of itself.””

Bachchan had just landed in Mumbai a few years back, giving up his comfortable job (what we now call a boxwallah) with Byrd & Co, in Calcutta, as it was then called. He was great friends with Mehmood’s younger brother Anwar Ali.

Every “big actor” does one role during his character that people remember him for. Marlon Brando had “The Godfather”.  In case of Robert de Niro it was “Raging Bull”.  For Amitabh Bachchan it was “Deewar”. And for Shah Rukh Khan it was “Dilwale Dulhaniya Le Jayenge (DDLJ)”.

Anand was Rajesh Khanna’s Deewar. His Godfather. His Raging Bull. And his DDLJ. He reached his peak with Anand and his acting only went downhill after that. Khanna played out Anand’s part brilliantly but the role came to him by sheer chance. Success is about things that happen. It is also about things that do not happen.

What is ironic is that though Khanna was a romantic hero, he did not have a heroine in the movie. This was a huge risk. But the fantastic script, songs, dialogues and music pulled it through.

Hrishikesh Mukheree did not make a better movie than this. It was also Salil Choudhury’s peak as a music director. And Gulzar’s dialogues in the movie are still doing the rounds and even helping news channels like Aaj Tak make a living. Sample this:

Aaj Tak started playing this scene from Anand even before Rajesh Khanna’s death was announced. Such was the power of these lines.

Anand’s dialogues are probably the most powerful dialogues in Hindi cinema after Sholay and Mughal-e-Azam.

What also stood out in the movie were two songs written by a new lyric writer called Yogesh. Yogesh started out writing songs for movies like Flying Circus, Marvel Men, Rustom Kaun and Husn Ka Ghulam, what were known as stunt movies back then. Hrishikesh Mukherjee heard the lyrics of two songs that Yogesh had written and loved them. But the rights for those song were already with a producer called LB Lachman.

As Yogesh told DNA in an interview a few years back, “Lachmanji was adamant about keeping the songs, but Rajesh Khanna, Amitabh Bachchan and Mukherjee pleaded with him. Bachchan, who was a young man then, would say to me, ‘Kavi Raaj, yeh do gaane humein dila di jiye (Please get us these two songs somehow).’ Finally, Lachmanji relented and gave them one of the songs.”

This song was Kahin door jab din dhal jaaye. Mukherjee was so happy with Yogesh that he asked him to write another song and Yogesh came up with the even better Zindagi kaisi yeh paheli hai. These two songs turned what was a brilliant movie into an extraordinary one.
The other standout performance in the movie was that of Johnny Walker playing Issabhai Suratwala, who Anand keeps calling Muralilal. Suratwala, on the other hand, keeps calling Anand as Jaichand.

Anand is a movie which has a tragic undertone throughout. But even with that the movie is not a tragedy. It makes you laugh at different points of time, only to make you cry in the end when Anand dies. The last scene of Anand, which news channels have been playing non-stop since yesterday, is probably the most powerful last scene ever shot in Hindi cinema. I can’t think of anything else that comes a close second.

All these ingredients went into making what has truly become Rajesh Khanna’s crossover movie. A movie that has stood the test of time. And can still be watched. That also explains why it is played on television almost every week.

The timelessness of Anand also tells us is that good cinema isn’t about shooting in Switzerland or having item numbers. It’s all about a story which is well told and different ingredients coming together just in the right way. Rajesh Khanna was brilliant in Anand. But so were Hrishikesh Mukherjee, Salil Chowdhury, Gulzar, Yogesh and Johnny Walker. And yes Amitabh Bachchan.

Khanna may have given bigger hits like Aradhana and Haathi Mera Saathi. But can you really sit and watch these movies now?
Anand was his truly standout performance. His swansong. His tour de force.

If there is one Rajesh Khanna movie that you should be watching it has to be Anand.
And that’s what I plan to do when the clock strikes nine pm today, for one last time. What about you?
Vivek Kaul is a writer and can be reached at vivek.kaul@gmail.com 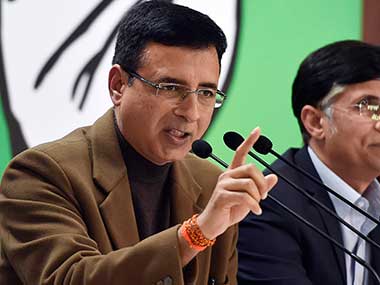