The CPM has released its manifesto. And it includes all the luxuries of a party that is not planning to come to power any time soon. So it can take positions of principle and make promises it will not have to keep.

For example apart from the usual and expected stands on no FDI in multi-brand retail and against pension reforms, the party has staked out positions on two social issues – Section 377 and capital punishment.

Both have been in the news lately and the CPM, often accused of being out of step with the times, have taken early stands on both.

On capital punishment, it wants to remove the death penalty completely from the statutes. 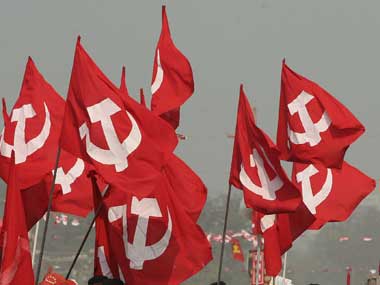 Is the CPM manifesto nothing more than a lot of talk? Reuters

The party wants Section 377 of the Indian Penal Code to be amended to decriminalize adult consensual relationships, whether they are homosexual or heterosexual. That’s pretty much in line with the Delhi High Court verdict which was overturned by the Supreme Court.

Kudos to the CPM for staking out a position. Too bad it’s unclear whether they will be in a position to make it a reality. But at least it’s a start.

The BJP has spoken out of both sides of its mouth on the issue. Rajnath Singh has said homosexuality was “unnatural” and the BJP endorsed the verdict unambiguously. Weeks later Arun Jaitley went on NDTV to say he personally agreed with the Delhi High Court verdict and the BJP leaders had only expressed individual opinions and there had been no collective internal discussion. Modi has said absolutely nothing.

The Congress had been proactive in condemning the verdict and the government had filed a review petition but it’s unclear whether they think they’ve done enough and whether 377 will find a mention in its manifesto.

Until now the hope had been Section 377 would be dealt with by the courts and not be caught up in political wrangles. Political parties probably felt the same way for until the Supreme Court verdict none of them had made an issue about it and only a grab bag of religious groups and some civic organizations protested the decriminalization in court. But now the cat is out of the bag and political parties should be asked about their stand on Section 377.

In that sense the CPM is ahead of the pack. The question is how much will its support count for after 16 May? Though the Left is contesting a record number of seats – 100 claims general secretary Prakash Karat – its prospects have been regarded as grim especially in its old fortress of West Bengal. Even Kerala is showing signs of wear and tear within the Left front. Given that its grand Third Front idea with Jayalalithaa has fallen apart, it is left as its enemy Mamata Banerjee gleefully points out looking like the Tired Front.

Perhaps that’s why even the word “government” is dropped from the manifesto conjectures J.P. Yadav in The Telegraph. Instead of asking people to vote for the CPI(M) to strengthen “forces for an alternative secular government” as it did in 2009, it merely exhorts the citizenry to strengthen a “secular and democratic alternative”.

“Government formation will take place after the elections,” Karat said with a smile when asked if dropping that word was an admission that the CPM would have no role to play in the next government to come.

Those votes of 377 and capital punishment could become promises it can happily make, knowing full well noone will be holding them to those stands anytime soon.