Poor will pay, as India goes from miracle to mirage

In the early 1990s, just as India had embarked on economic reforms in response to the crisis of 1991, the Economist magazine noted wryly that India was like a tiger that had been caged for so long in a crouched position that it would be unable to leap even if it were uncaged.

The danger, it noted with characteristic overstatement, was that limbs and muscles that had never been used for locomotion might have atrophied with the onset of rigor mortis.

But the selfsame magazine would, two decades later, gush about the roar of the Indian tiger, and even idly speculate about the possibility that it would speed ahead of China.

Today, with economic growth grinding down, back to the unspectacular 5 percent-plus levels, the magazine is bidding "farewell to Incredible India." Its sobering assessment that an India "bereft of leaders" is destined for a period of lower growth, is far more realistic than either its earlier obituary or, subsequently, its over-the-top frenzy. 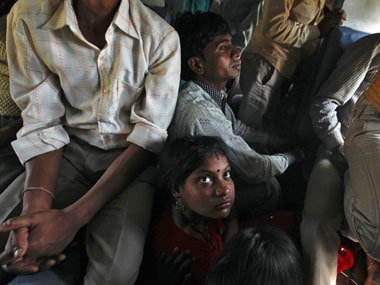 Despite all the jugglery about where to draw the poverty line, poverty levels declined at the sharpest pace during the 15 years from 1995 to 2010. Reuters

In many ways, even a growth of 5 percent-plus may seem, in the self-congratulatory tones adopted by our policymakers, to be not entirely bad, given that the eurozone is teetering on the edge of what's increasingly looking like a Depression and the US too is at risk of slipping back into recession. Viewed in the context of China's own growth pangs, India could well muddle along at 5 or 6 percent.

But there's an opportunity cost to be paid for "muddling along" - and that cost will, ironically, be paid by the very poor people whom the bleeding-heart Left-leaning claim to be batting for.

For much of the past eight years, the discourse over the economy has been centered around the premise that India's poor have "fallen off the map" owing to economic reforms and that top-speed growth meant nothing unless it was "inclusive".

But that is patently a shibboleth, and even myriad reiterations of that theme cannot render them factually correct. Despite all the jugglery about where to draw the poverty line, poverty levels declined at the sharpest pace during the 15 years from 1995 to 2010.

And six poor, backward states accounting for half of India's population - Uttar Pradesh, Bihar, Madhya Pradesh, Orissa, Chhattisgarh, and Jharkhand - have grown exceptionally fast in recent years. In some case, since they were coming off an extremely low growth base, some of these poorest states doubled or tripled their growth rates since 2004, and their wage rates rose by over 50 percent in the three years to 2011, he points out.

In other words, statistically and anecdotally, it was the poorest in India who stood to gain the most from the reform process.

As economist Jagdish Bhagwati has noted, the enhanced growth since 1991 lifted nearly 200 million of the extreme poor above the poverty line. By contrast, the preceding quarter century, when growth rates were abysmal, "witnessed no perceptible, beneficial impact on poverty."

Bhagwati has also pointed out reforms help the poor more than the rich "because the rich can cope with the results of inefficient policies better than the poor." Indicatively, if the generation and distribution of electricity is inefficient, and the electricity goes off in the middle of the night in Delhi's summer, "the rich turn on their private generators and their air-conditioners continue working. But the poor man on his charpoy swelters as his small Usha fan is not working."

Ironically, it is in the name of the aam admi that successive UPA governments have derailed the very process of economic reforms that delivered the growth that benefited the poor the most.

Today, with growth rates down to the lowest levels in seven years, India - and specifically, its poor - will pay a social cost that, in relative terms, "could surpass the pain in the Eurozone," notes the Economist.

"The near double-digit pace of growth that India enjoyed in 2004-08, if sustained, promised to lift hundreds of millions of Indians out of poverty - and quickly. But now, after a slump in the currency, a drying up of private investment and... GDP figures, the miracle feels like a mirage."