By Hiten Kotak and Jinesh Shah

Inheritance tax, the erstwhile estate duty, is looking at making the proverbial 'comeback'. A debate for a possible reintroduction of estate duty as inheritance tax has been initiated. The proposed reintroduction stems from concerns regarding accumulation of wealth in a few hands, inter-generational equity and a possible increase in contribution to the national exchequer.

The old estate duty was payable by the executors of the estate of a deceased under the Estate Duty Act, 1953. The maximum slab rate on an estate exceeding Rs 20 lakh was an exorbitant 85 percent. The Act was later abolished with effect from 16 March 1985. Reasons for abolishing the act were varied - for one, the act was deemed to be too complex owing to different valuation rules for different kinds of property, leading to several tax demands subject to lengthy litigation. The revenue collection from the duty did not justify the overall cost of collections, both explicit and hidden. Moreover, the duty was perceived to be a form of double taxation of the same property - wealth tax before death and estate duty after death. 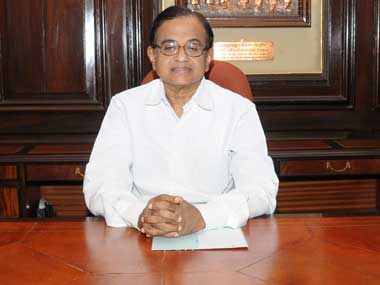 The introduction of a separate new Act for inheritance is bound to be mired in lengthy legislative, administrative and judiciary processes. Also, along with the inheritance tax, the gift tax would have to be reintroduced simultaneously or else it would be easy to avoid inheritance tax by giving away property as gifts.

Currently, there is no separate Gift Tax Act. However, there is a provision under section 56(2) of the Income-tax Act wherein certain specified gifts are chargeable to tax. These are cash gifts in excess of Rs 50,000 and receipts-in-kind, being immovable property or any other specified property, the value of which exceeds Rs 50,000 in aggregate. These are taxable in the hands of the receiver if received without consideration or for inadequate consideration. However, section 56(2) exempts from tax gifts received under will or by way of inheritance and in contemplation of death.

In order to avoid a lengthy legislative process, it may be possible that inheritance tax is reintroduced as an amendment to the existing provisions of section 56(2) of the Income-tax Act, by withdrawing the exemptions available on gifts under will, inheritance and in contemplation of death.

To achieve tax efficiency, one of the ways is to implement a trust structure through an irrevocable trust whereby individuals may set aside their assets rather than directly bequeathing the same to their children/spouses.If structured properly, distribution of assets or income by the trust would not be subject to any distribution tax. Trust structure also ensures common control over all assets, ease of distribution of annual income without actually distributing assets or control, continuity of businesses and succession planning. Matters such as rights of female child or distribution of personal properties such as jewellery or houses can also be provided for.

Inheritance tax is being perceived as one the ways to bridge the gap between the rich and the poor. The estate tax in its earlier avatar covered almost all assets of the deceased. In recent times, India has witnessed an increase in the number of millionaires owing to economic growth and booming capital markets. India being a land of progressive taxation where the rich are taxed at higher rates vis--vis the poor, an estate duty or an inheritance tax seeks to reduce the advantage that children of the rich would have as compared to children of the not-so-rich.

However, India's millionaires (in dollar terms, which is around Rs 5 crore or higher) constitute only around 0.01 percent of the country's population. It may be important to debate how much tax can really be collected from such a small base to benefit society at large. Inheritance tax, if introduced, would require the heir to the deceased to pay inheritance tax on the property bequeathed to him at a rate probably ranging from 30-40 percent, subject to certain exemptions like a single house, etc. What India presently needs is a stream of systemic reforms so that the economic growth benefits all classes of society.