By Helen Coster (Reuters) - Wynn Resorts Chief Executive Officer Matt Maddox on Sunday called on the Nevada governor to begin to reopen the Las Vegas Strip in mid- to late May with extensive safety measures in place, assuming the state is in line with certain benchmarks around the spread of the coronavirus. In an opinion column https://thenevadaindependent.com/article/a-plan-to-re-open-nevada published on the Nevada Independent news website, Maddox said Governor Steve Sisolak should reopen parts of the local economy in early May 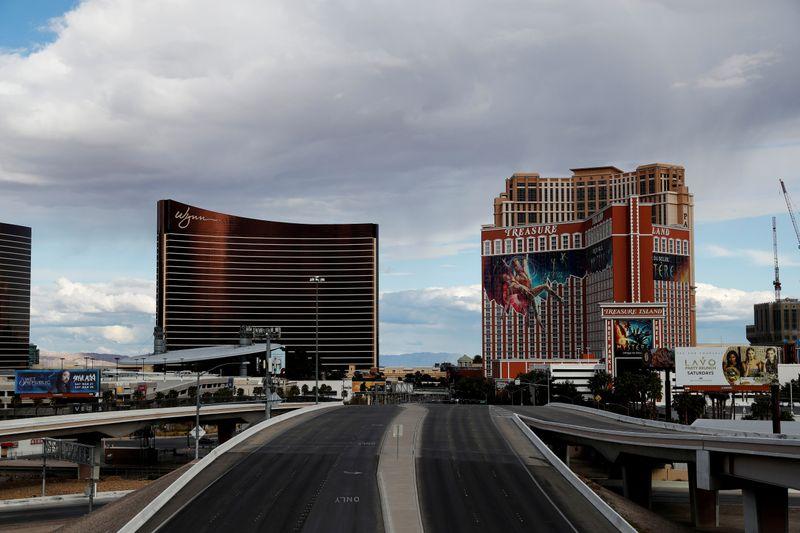 (Reuters) - Wynn Resorts Chief Executive Officer Matt Maddox on Sunday called on the Nevada governor to begin to reopen the Las Vegas Strip in mid- to late May with extensive safety measures in place, assuming the state is in line with certain benchmarks around the spread of the coronavirus.

In an opinion column https://thenevadaindependent.com/article/a-plan-to-re-open-nevada published on the Nevada Independent news website, Maddox said Governor Steve Sisolak should reopen parts of the local economy in early May.

“Begin with reduced occupancy, physical distancing measures in place, temperature checks and no large gatherings,” Maddox wrote. “We all need to wear a mask.”

He also laid out Wynn’s health and safety guidelines for reopening, which include allowing a maximum of four people to ride in an elevator at one time; and requiring guests to enter the resort through doors that are either propped open, are automated or manually operated by an employee.

The United States has by far the world's largest number of confirmed coronavirus cases, with more than 730,000 infections and over 39,600 deaths, according to a Reuters tally. In Nevada, there have been at least 3,725 people confirmed to have the coronavirus and 155 deaths.

Wynn Resorts - which owns and operates the Wynn Las Vegas, the Encore Boston Harbor, the Wynn Macau and the Wynn Palace, Cotai - closed its U.S. properties on March 15 and 17.

Wynn’s Macau casinos reopened on Feb. 20 after a mandatory, industry-wide two-week closure. It and other casinos resumed operations with government-mandated restrictions that include temperature checks, fewer open tables on the casino floor, and rules against guests standing or congregating.

While the coronavirus epidemic in China has been momentarily halted, in the United States it is spreading from cities to suburbs and rural areas.

U.S. President Donald Trump, who has been pushing to end state-mandated stay-at-home orders, last week laid out federal government guidelines for states to reopen their economies in a staggered, three-stage approach.

Health experts have warned that to avoid a second wave of infections once people resume activity, extensive testing must be available to track infections, as well as contact tracing and antibody testing.

Wynn is paying all salaried, part-time and hourly North American employees through May 15, which is costing the company approximately $3 million per day or $180 million for two months, according to Maddox.