By Emma Farge and Philip Blenkinsop GENEVA/BRUSSELS (Reuters) - The World Trade Organization found on Tuesday that the United States had breached global trading rules by imposing multi-billion dollar tariffs in President Donald Trump's trade war with China, a ruling that drew anger from Washington. Washington says tariffs it imposed two years ago on more than $200 billion in Chinese goods were justified because China was forcing companies to transfer technology and intellectual property. But the WTO's three-person panel said the U.S. 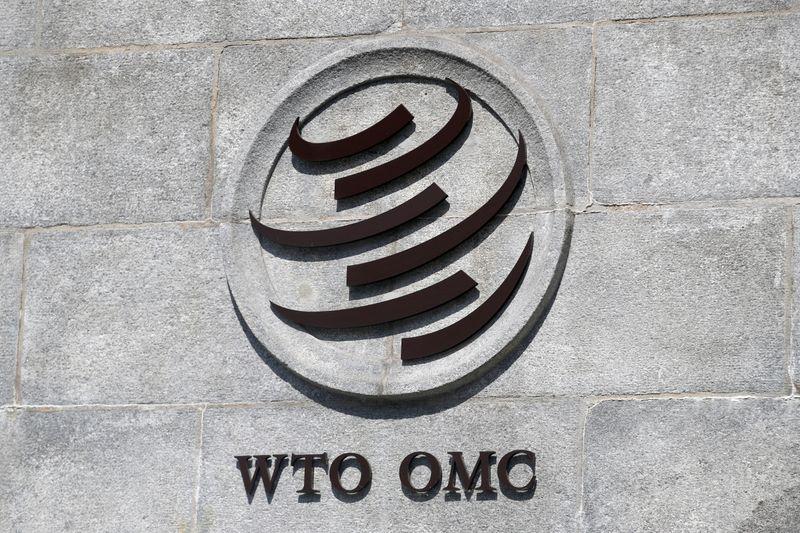 Washington says tariffs it imposed two years ago on more than $200 billion in Chinese goods were justified because China was forcing companies to transfer technology and intellectual property.

But the WTO's three-person panel said the U.S. duties broke trading rules because they applied only to China and were above maximum rates agreed by the United States. Washington had not then adequately explained why its measures were a justified exception, the panel concluded.

"This panel report confirms what the Trump administration has been saying for four years: the WTO is completely inadequate to stop China's harmful technology practices," U.S. Trade Representative Robert Lighthizer said in a statement.

China's commerce ministry said Beijing supported the multilateral trading system and respected WTO rules and rulings, and hoped Washington would do the same.

The United States could appeal against Tuesday's ruling. However, that would put the case into a legal void, because Washington has already blocked the appointment of judges to the WTO's appellate body, preventing it from convening the minimum number required to hear cases.

The WTO panel was aware it was stepping into hot waters. It noted that it had looked only into the U.S. measures and not China's retaliation, which Washington has not challenged at the WTO.

"The panel is very much aware of the wider context in which the WTO system currently operates, which is one reflecting a range of unprecedented global trade tensions," the 66-page report concluded.

The panel recommended the United States bring its measures "into conformity with its obligations", but also encouraged the two sides to work to resolve the overall dispute.

"...Time is available for the parties to take stock as proceedings evolve and further consider opportunities for mutually agreed and satisfactory solutions," it said.

Trump threatened tariffs on $500 billion worth of goods during his two year trade war with China, before signing a "Phase 1" trade deal with Beijing early this year. Extra duties are still in place on some $370 billion worth of Chinese goods.

The U.S. president has described the WTO as "horrible" and biased towards China, threatening to quit. Josh Hawley, a Republican senator from Missouri, tweeted he should do just that: "USA should withdraw and lead the effort to abolish it."

(Writing by Philip Blenkinsop; Additional reporting by David Lawder in Washington and Meg Shen in Beijing; Editing by Peter Graff)