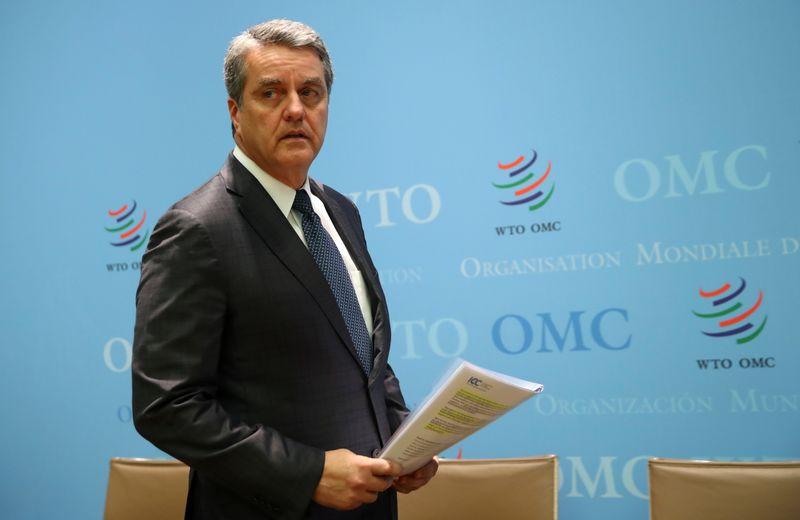 GENEVA (Reuters) - The head of the World Trade Organization said on Tuesday he was "very hopeful" that WTO members could conclude by mid-2020 talks on cutting fishing subsidies, seen by many as essential for the Geneva-based body to remain relevant, among other deals.

Speaking after the the collapse of the WTO's dispute appeals system due to U.S. blocking of appointments, Roberto Azevedo pledged to start immediate efforts to find a "permanent solution" for the Appellate Body.

Without naming any countries, he also urged members to refrain from unilateral measures that could harm the global economy in the meantime.

Otherwise, Azevedo sought to present an upbeat tone ahead of a meeting of trade ministers in Kazahkstan in June. "As far as the multilateral track is concerned, I am very hopeful that we will get the conclusion of the fisheries subsidies negotiations," the WTO Director-General told journalists.

"I think we might have one of the most successful ministerial conferences ever for the WTO but we still have a bit of road to go...," he added. He said that besides fisheries, a vexed issue on the agenda for 20 years, deals were possible on e-commerce as well as domestic regulation for services and facilitation of investments.

He added that without the sense of crisis in the 25-year-old body created by the collapse of the appeals system, there would be less pressure to pursue necessary reforms.