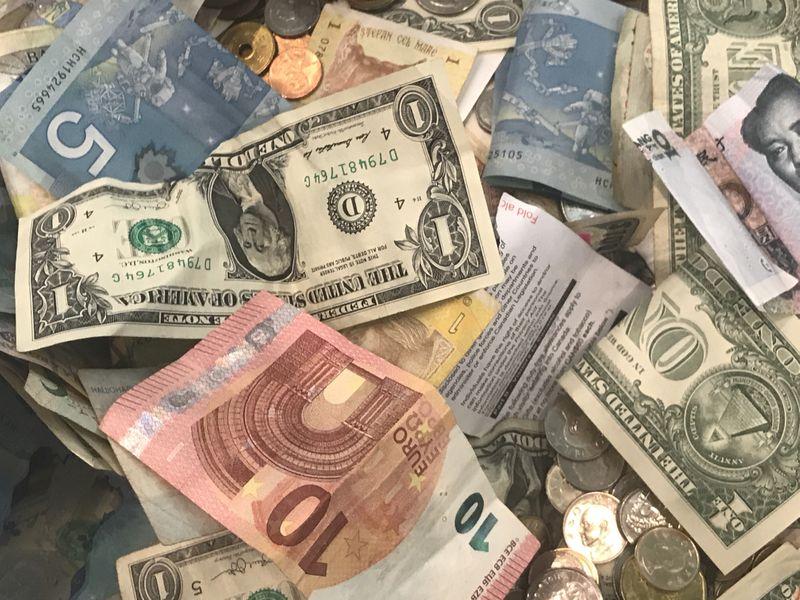 SYDNEY (Reuters) - Sterling headed for its worst week in more than two years on Friday, hobbled by familiar fears of a chaotic British exit from the European Union, while firm data helped the dollar arrest its recent slide.

Cable has given up all the gains won after Prime Minister Boris Johnson was re-elected last week and has slumped 2.4% against the dollar since Monday. It has fared even worse against the euro, headed for its largest weekly loss in more than three years if the slide persists

"The market was always a little bit naive in a way to think that a Tory election win was going to remove the fog of Brexit," said Ray Attrill, head of FX strategy at National Australia Bank. "There were obviously some longs in weak hands that got forced out."

More than three years since Britain voted to exit the European Union in a 2016 referendum, Johnson's government will leave the political bloc at the end of January and has set Dec. 2020 as a hard deadline to reach a trade agreement.

Uncertainty over that prospect helped the safe-haven Swiss franc to its highest in a month against the euro at 1.0881 francs per euro

Elsewhere, the greenback found broad support. Solid housing starts and firmer-than-expected manufacturing data this week helped to halt two weeks of declines against a basket of currencies <.DXY>. The dollar was steady at 97.404.

Nobody expects the U.S. Federal Reserve to move interest rates anywhere when it meets in January.

The dollar last traded a whisker stronger on the Japanese yen

Expectations that the Reserve Bank of Australia will reduce rates fell from about 60% to just under even. <0#YIB>

"That's a notable change. When you drop under 50% the psychology changes a little bit," said Westpac FX analyst Sean Callow. "I can see why people are not quite convinced," said Callow, who is sticking with a forecast for a cut.

The Aussie was last steady near a one-week high at $0.6883. The New Zealand dollar