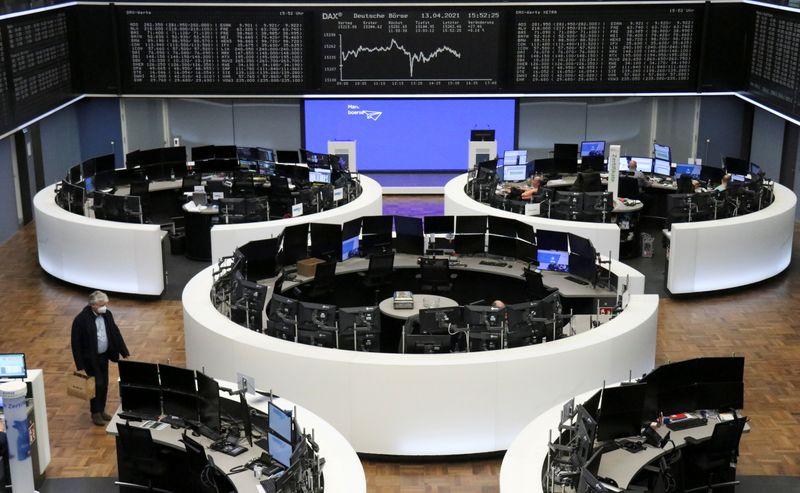 U.S. import prices increased more than expected in March, lifted by higher costs for petroleum products and tight supply chains in the latest data to show inflation is heating up as economies reopen.

U.S. Treasury yields ticked up in early trade on the import data after tumbling on Tuesday when the U.S. consumer price index showed that while underlying inflation jumped in March, it was not surging as some feared, allowing risk assets to rise.

"What's the corporate use of that money, well it's loan demand. We're simply not seeing that," Janasiewicz said. "If you're going to be in that inflation camp you want to see people using money and we're certainly not seeing that right now."

High corporate debt issuance and accommodative government policies will push money into risk assets and lift prices, he said. U.S. companies now have more cash on hand than they did before the pandemic, according to S&P Dow Jones Indices.

"It's a day for cyclicals, that's where the strength is. The little bit of selling we're seeing is in tech plus," said Tim Ghriskey, chief investment strategist at Inverness Counsel.

Germany's DAX index ended 0.2% lower. Economic institutes will cut their joint 2021 growth forecast for Europe's largest economy to 3.7% from 4.7%, sources said, due to a longer than expected COVID-19 lockdown.

The New Zealand dollar rose to a three-week high of $0.7122 after the country's central bank held its official interest rate and asset purchase program steady, as expected.

Bitcoin touched a record high of $64,895 ahead of the listing of cryptocurrency platform Coinbase Global Inc on Nasdaq. Coinbase was valued at almost $100 billion in a Nasdaq debut that marked another milestone in the development of bitcoin and other digital assets.

Federal Reserve Chairman Jerome Powell said in remarks at the Economic Club of Washington it was highly unlikely the U.S. central bank would raise interest rates before the end of 2022.

The U.S. recovery accelerated to a moderate pace from late February to early April as consumers, buoyed by increased COVID-19 vaccinations and strong fiscal support, spent more on travel and other items, the Fed said in its latest "Beige Book" collection of anecdotes about the economy.

Benchmark 10-year notes rose 1.3 basis points to yield 1.6359%. A spate of strong auction results this week has also helped to tame yields. [US/]

Euro zone bond yields, which had been rising in line with U.S. Treasury yields on hopes for a strong economic recovery later this year and increased inflation, on Wednesday dropped 1 to 3 basis points.

Oil prices surged almost 5% after a report from the International Energy Agency followed by U.S. inventory data boosted optimism about a rebound in demand.