By Herbert Lash NEW YORK (Reuters) - World stock markets rallied on Thursday, with the Dow and S&P 500 setting new highs, while the U.S. dollar slipped as investors viewed this week's fresh U.S. and Chinese tariffs on imports as less harsh than initially feared 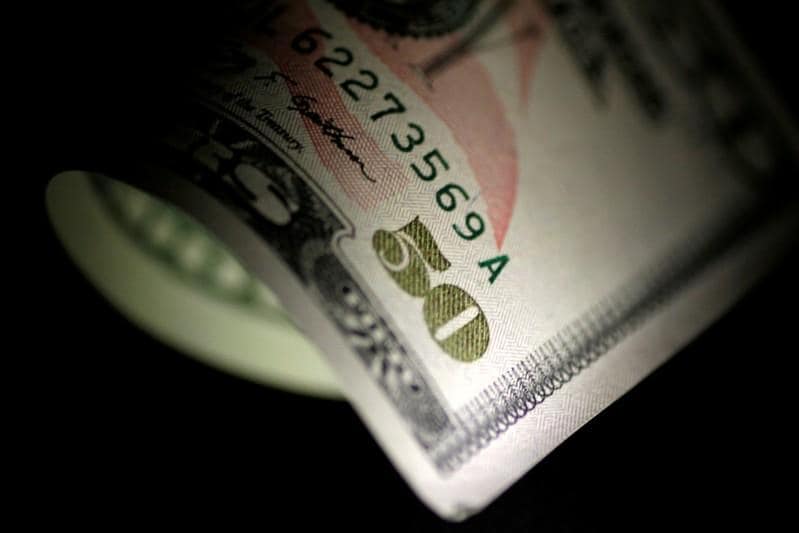 NEW YORK (Reuters) - World stock markets rallied on Thursday, with the Dow and S&P 500 setting new highs, while the U.S. dollar slipped as investors viewed this week's fresh U.S. and Chinese tariffs on imports as less harsh than initially feared.

Still, investors remained cautious about the next steps in the U.S.-Sino trade dispute, driving long-dated U.S. Treasury yields lower. But the equity market's early take on the latest trade moves was that they were mostly benign for the U.S. economy.

The greenback fell amid a drop in safe-haven demand for the currency and a resurgence in global risk appetite on relief that the new round of U.S. and Chinese import tariffs was less harsh than feared.

The Dow industrials became the last of key U.S. stock indexes to regain record territory, while the benchmark S&P 500 set at a fresh record high.

"Our general view on the trade issue is that thus far it has not been economically significant," Mona Mahajan, U.S. investment strategist at Allianz Global Investors in New York.

Some market participants hope China comes to the table and negotiates a deal, Mahajan said, regarding the bullish sentiment that is lifting equity markets.

"The other reasoning behind this could also be the market is thinking ultimately China will have to improve its trade practices, particularly on the intellectual property rights and technology transfers," she said. "If that becomes more fair now, the U.S. will certainly the a beneficiary," she added.

The MSCI index tracking shares in 47 countries <.MIWD00000PUS> rose 0.94 percent to a three-week high, supported by gains in Europe and Asia.

Upbeat U.S. economic data pushed debt yields a little higher, but that was short-lived as investors remained focused on the U.S.-Chinese trade conflict.

Some analysts were concerned China would resort to other non-trade measures to fight back against the United States.

"We have been moving higher in yields ever since the last jobs report showed higher wages and now with the increased tension between the U.S. and China, there are some concerns that the Chinese would back away from owning Treasuries," said Lou Brien, market strategist at DRW Trading in Chicago.

The dollar index <.DXY>, tracking it against six major currencies, fell 0.54 percent, with the euro

The dollar had benefited from growing trade-related tensions in recent months, as investors bet it would gain at the expense of riskier currencies.

Some market participants believe the dollar's current weakness might be fleeting as the Federal Reserve next week is widely expected to raise benchmark borrowing costs and shed more light on its future rate path.

Oil prices eased, slowing an upward surge that had pushed the market toward four-year highs, after U.S. President Donald Trump called on the Organization of Petroleum Exporting Countries to "get prices down now."