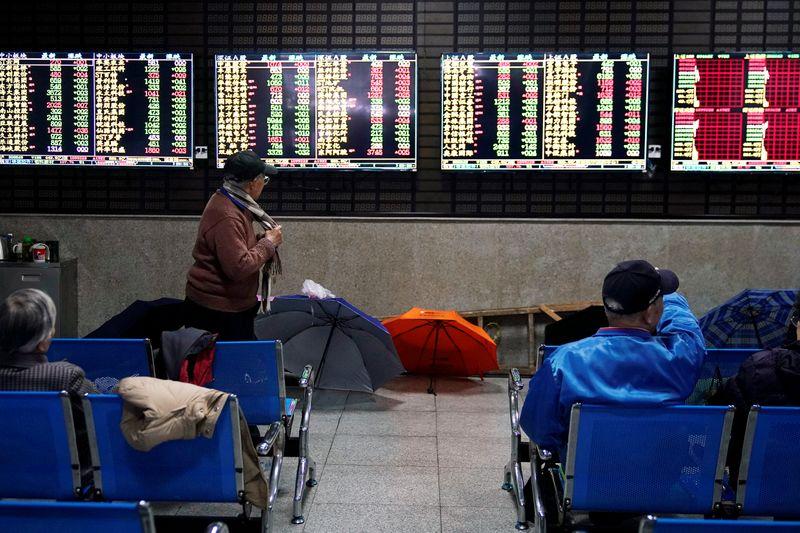 European shares were also dragged lower by a hit to travel stocks after Britain added more European countries to its quarantine list, including neighbouring France.

The pan-European STOXX 600 <.STOXX> was down 1.2%, although still on track to gain for a second straight week.

MSCI's world index <.MIWD00000PUS> was 0.3% lower, drifting further from all-time highs touched in February. The index has still rallied close to 50% from March's trough in the wake of the COVID-19

"The rally was over-extended and most of the good news is already priced in," said Francois Savary, chief investment officer at Swiss wealth manager Prime Partners.

"There are no more positive than expected earnings, and we're back to the macro background and the checking of the data regularly to see if the recovery is sustainable. Markets are pricing a lot of good news and we will be entering a period of volatility with the U.S. elections coming up."

The euro zone reported the biggest drop it had ever recorded in employment in the second quarter. Data also confirmed a record drop in gross domestic product last quarter and a widening in the euro zone's trade surplus with the rest of the world.

Chinese shares <.CSI300> rose 1.5% in choppy trade, with the data suggesting domestic demand is still struggling after the coronavirus

Further equity gains are likely to be limited as investors await progress in negotiations over U.S. economic stimulus, which is necessary to prevent a nascent recovery in the world's largest economy from sliding into reverse.

Some traders stuck to the sidelines before a meeting between U.S. and Chinese officials about their Phase 1 trade deal on Saturday.

Data on Thursday showed the number of Americans seeking unemployment benefits dropped below one million for the first time since the start of the pandemic, but was not enough to change economists' views that the jobs market is faltering.

U.S. Treasury yields also supported the U.S. dollar, which held steady and was close to snapping a seven-week losing streak against the risk-sensitive Aussie

The dollar was headed for an eighth consecutive week of losses, its longest weekly losing streak since June 2010, according to a Refinitiv <=USD> index.