By Rodrigo Campos NEW YORK (Reuters) - A gauge of stocks across the world fell on Wednesday as a boost from a dovish Federal Reserve was not enough to offset concerns over economic growth and U.S.-China trade talks. Sterling fell after British Prime Minister Theresa May said she was not prepared to delay Brexit further than June 30. Despite the pound's sharp drop, the dollar index hit its lowest level since Feb 4 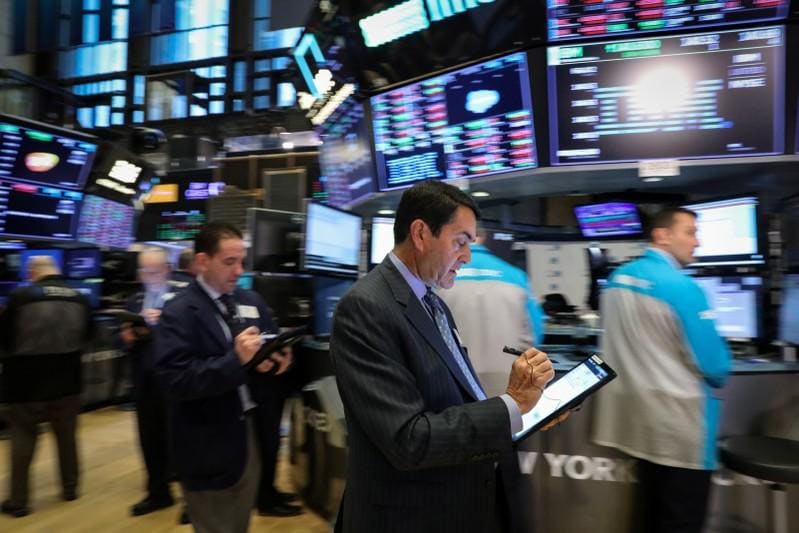 NEW YORK (Reuters) - A gauge of stocks across the world fell on Wednesday as a boost from a dovish Federal Reserve was not enough to offset concerns over economic growth and U.S.-China trade talks.

Sterling fell after British Prime Minister Theresa May said she was not prepared to delay Brexit further than June 30. Despite the pound's sharp drop, the dollar index hit its lowest level since Feb 4.

The Fed took a more accommodative policy posture, signalling it will not hike interest rates this year in the face of a slowing economy, while announcing a plan to end its balance sheet reduction program by September.

The initial reaction to the Fed throughout markets was towards more risk-taking, and stocks on Wall Street rallied out of negative territory, lifting a global stocks index.

But concern over the Fed's flagging of a weaker U.S. economy, alongside lingering worries about China-U.S. trade talks that are set to resume next week, dragged stocks into the red by the end of the session.

Strong support from the Fed could mean the economy is not in great shape or maybe worse shape than market participants believe, according to Art Hogan, chief market strategist at National Securities in New York.

Hogan added that "maybe there still is some trouble in paradise with the U.S.-China trade talks and that is probably more important” than where the Fed stands on monetary policy.

MSCI's gauge of stocks across the globe shed 0.42 percent, its first daily decline since March 8.

In currency markets, sterling fell as much as 0.93 percent against the U.S. dollar after British Prime Minister Theresa May asked the EU to delay Brexit until June 30, a shorter extension than some in the market had been expecting, and later said she was "not prepared to delay Brexit any further."

The pound closed the session down 0.54 percent at $1.3195, but that was not enough to lift the dollar index after the dovish Fed statement. The dollar index fell 0.39 percent.

"The dollar has come under pressure against a large number of currencies around the world," said Chuck Tomes, associate portfolio manager at Manulife Asset Management in Boston.

"Overall it seems the Fed was able to solidify their dovish view as there are no rate hikes priced in for this year and only one rate hike for 2020," he said.

In the oil market U.S. crude prices rose to a 4-month high above $60 a barrel after U.S. government data showed tightening domestic oil supplies, but gains were capped by concerns over global economic growth due to the ongoing U.S.-China trade war.

Treasury yields fell after the Fed's statement, with the benchmark 10-year touching a 14-month low. The yield curve was at its flattest so far in 2019.

"There's one hike projected for 2020 but there's a long time between now and then and so the market is effectively taking the view that the Fed is done tightening," said Evan Brown, head of macro asset allocation strategy at UBS Asset Management.