JACKSON HOLE, Wyo. (Reuters) - Bank of England Governor Mark Carney took aim at the U.S. dollar's 'destabilising' role in the world economy on Friday and said central banks might need to join together to create their own replacement reserve currency 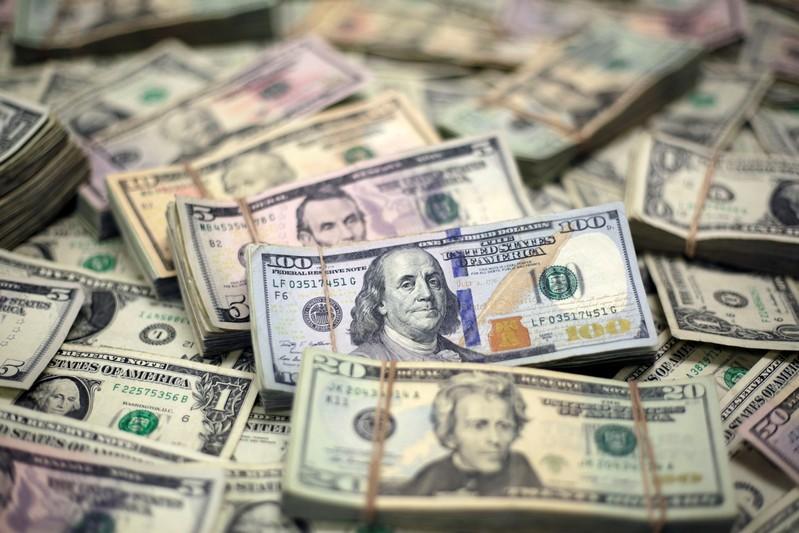 JACKSON HOLE, Wyo. (Reuters) - Bank of England Governor Mark Carney took aim at the U.S. dollar's "destabilising" role in the world economy on Friday and said central banks might need to join together to create their own replacement reserve currency.

The dollar's dominance of the global financial system increased the risks of a liquidity trap of ultra-low interest rates and weak growth, Carney told central bankers from around the world gathered in Jackson Hole in the United States.

"While the world economy is being reordered, the U.S. dollar remains as important as when Bretton Woods collapsed," Carney said, referring to the end of the dollar's peg to gold in the early 1970s.

Emerging economies had increased their share of global activity to 60% from around 45% before the financial crisis a decade ago, Carney said.

But the dollar was still used for at least half of international trade invoices - five times more than the United States' share of world goods imports - exposing many countries to damaging spillovers from swings in the U.S. economy.

Carney - who was considered a candidate to be the next head of the International Monetary Fund but failed to secure backing from Europe's governments - said the problems in financial system were encouraging protectionist and populist policies.

Earlier on Friday, U.S. President Donald Trump said he was ordering U.S. companies to look at ways to close their operations in China, the latest twist in mounting trade tensions between Washington and Beijing.

Carney warned that very low equilibrium interest rates had in the past coincided with wars, financial crises and abrupt changes in the banking system.

China's yuan represented the most likely candidate to become a reserve currency to match the dollar, but it still had a long way to go before it was ready, Carney said.

The best solution to dislodge U.S. currency would be a diversified multi-polar financial system, something that could be provided by technology, Carney said.

"As a consequence, it is an open question whether such a new Synthetic Hegemonic Currency (SHC) would be best provided by the public sector, perhaps through a network of central bank digital currencies," Carney said.

Such a system could dampen the "domineering influence" of the U.S. dollar on global trade.

"Even a passing acquaintance with monetary history suggests that this centre won't hold," Carney said. "We need to recognise the short, medium and long-term challenges this system creates for the institutional frameworks and conduct of monetary policy across the world."